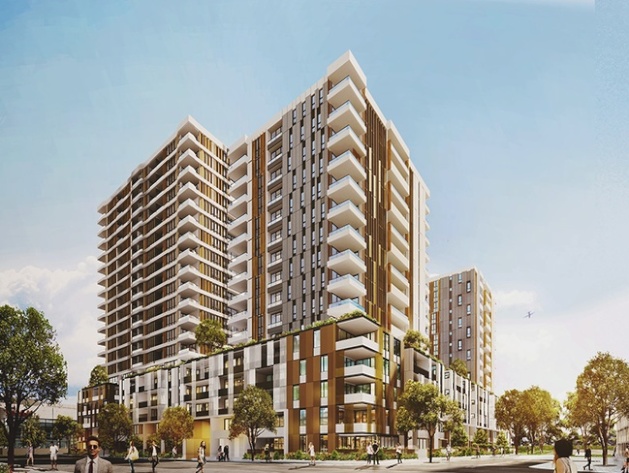 Property mogul and Australia’s richest person Harry Triguboff is accelerating the launch of his new development in Sydney’s eastern suburbs, following an influx of buyer demand.

The development community, Pagewood Green, located in the Sydney suburb of Pagewood, is set to be constructed on a former British American Tobacco and Holden site, and will include more than 3,000 apartments, to be erected over a 10-year period.

Pagewood Green will be the biggest project undertaken by the 83-year-old Meriton Group founder, in a property career that started in the early 1960s.

It will also be the largest new residential project in the eastern suburbs.

Mr Triguboff said the early release was a response to an ever-growing appetite from owner-occupiers and tenants alike for “shiny, new”, spacious apartments in a lifestyle setting, within easy reach of the Sydney CBD.

“We’ve almost been caught off guard by the rental demand we’re experiencing for our projects, especially from families, in areas like Mascot, Zetland and Waterloo,” he said.

“Investors are delighted – rents are up 5 per cent. Pagewood will be the same, and investors will be chasing the rental returns.

“It’s a suburb with a lot of atmosphere and we’re going to make it even better. We’re putting in nearly two hectares of parkland, tree-lined boulevards, and a civic square for alfresco dining.”

Mr Triguboff said Pagewood Green would provide some of the most spacious apartments in the area.

“Bigger apartments are in short supply and, because of this, they are achieving the strongest rental increases.

Mr Triguboff said he expected Pagewood’s proximity to the proposed light-rail stop at Kingsford to add another dimension to the suburb’s appeal.

The larger portion has approval for 2,223 apartments and up to 5,000 square metres of retail space.

Pagewood Green’s first stage release, Allium, which will look over The Lakes golf course and out to the city, will range from 16 to 20 storeys and house 487 apartments, many of them targeting the family market with three bedrooms.

There will be central-podium gardens on level five, above-ground parking, a pool, spa, sauna and gymnasium.

A new street through the Pagewood Green site will link Bunnerong Road to Banks Avenue, and is proposed to host a number of bus stops to link the routes from the bus interchange at Westfield Eastgardens.

Meriton will upgrade the intersection of Bunnerong and Heffron Roads, and also is funding the council’s upgrade of the Wentworth Avenue and Page Street intersection with a $10.5 million contribution. 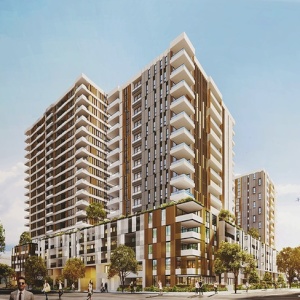