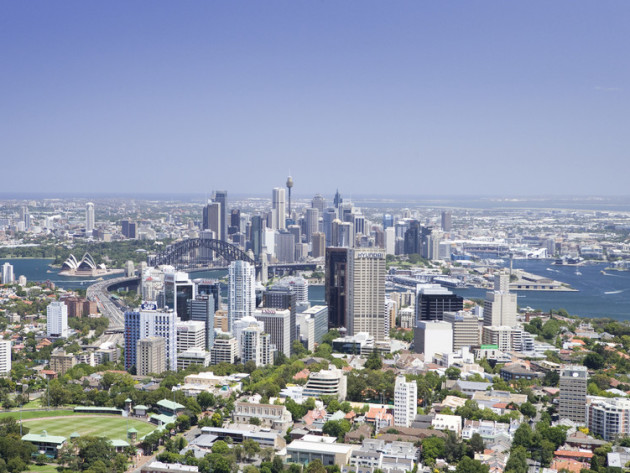 The prominent ‘Haymarket on George’ site – a prime 1,238-square-metre parcel of Sydney CBD real estate with significant development potential – has been listed for sale.

Situated on the corner of George and Goulburn streets, directly opposite World Square, the Haymarket parcel is a rare amalgamation of three sites – 51-57 Goulburn Street, 43-49 Goulburn Street and 698-704 George Street.

CBRE’s Richard Butler, Mark Hansen, Sharon Yang and Daniel Dragicevich have been appointed to sell the landholding, which is positioned near Sydney’s tightly held Haymarket and Chinatown precinct.

The well-known Scruffy Murphy’s Hotel – regarded as one of Sydney’s most prominent gaming hotels and profitable venues – and the historic Haymarket House are included in the sale.

“Given its close proximity to Chinatown and Town Hall, the Haymarket and Sydney entertainment area is one of the most tightly held districts in the city, with assets in this area normally held for generations,” Mr Butler said.

“This sale represents a rare offering to acquire one of the last sites in this sought-after area and, as such, we expect widespread buyer interest from offshore and domestic buyers.”

The site, which could potentially be expanded with the addition of further George Street properties, holds scope to support a mixed-retail, serviced-apartment and residential development of up to 41 levels (STCA).

“The development of units or serviced apartments on the site would generate substantial interest from the market, as would a retail component or hotel project in this prominent CBD location,” Mr Butler explained.

“The surrounding area has been significantly upgraded by the CBD and South East Light Rail project, with retailers reporting a significant uplift in turnover since the removal of buses from George Street in 2015,” Mr Hansen said.

“In further evidence of the strong appeal of the area, which boasts the nation’s most densely populated 1-kilometre-radius zone, a 50 per cent interest in the retail component of World Square was recently sold, and achieved one of the tightest cap rates in Australian retail history.”

Led by infrastructure investment, the area is undergoing a structural change and is fast becoming one of Sydney’s most desirable precincts.

Mr Hansen said the amenity and broader appeal of living in the downtown Haymarket area was evidenced by the recent successful sell-out by CBRE of the third and final stage of Lendlease’s Darling Square precinct development.

The 391-unit final stage was sold in a record four hours, with a significant proportion of the development selling to local purchasers.

The Haymarket on George property will be offered for sale via Expressions of Interest.