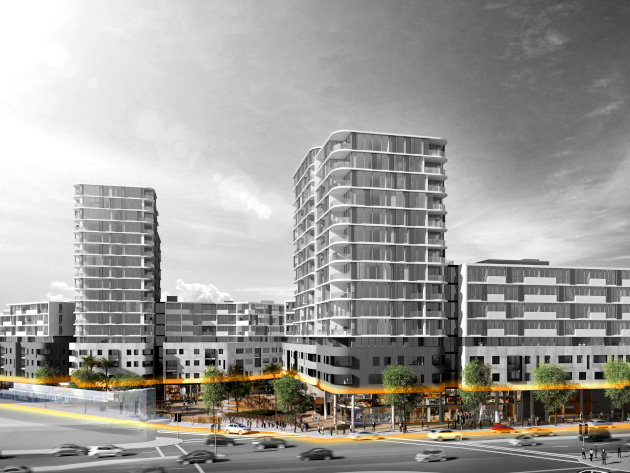 A landmark retail development in Sydney’s beachside suburb of Dee Why, representing one of the largest retail offerings of 2016 in NSW, has been listed on the market.

CBRE’s retail investments team of Peter Rossi and Nick Willis has been appointed to sell a circa 36,000-square-metre footprint within the retail component of Meriton’s new ‘Lighthouse’ project.

Reportedly marking one of the largest retail projects in metropolitan Sydney, the development will accommodate an approximate net lettable area of 16,000 square metres, anchored by a full-line supermarket, which is under negotiation with the major national supermarket chains.

According to CBRE, the Lighthouse project is set to become the new Dee Why town centre and will include prime retail accessing an open piazza, a lifestyle restaurant precinct, a 130-place childcare centre (under negotiation), and a health and wellbeing precinct – all supported by ample basement car parking.

The focal point of the centre is the open-air piazza, which is planned to include public amenities such as an outdoor cinema, markets and dining areas.

“Located in Sydney’s northern beaches, this development presents a unique opportunity to pre-purchase and influence the implementation of a prominent neighbourhood shopping centre with strong supporting demographic fundamentals,” he said.

“The Dee Why Town Centre project will deliver a level and standard of retailing that currently doesn’t exist in the trade area.”

The flagship retail development will be incorporated into the Lighthouse project – a master-planned mixed-use development combining 356 apartments in four modern residential towers, as well as the open piazza and a strong food-based retail and dining precinct.

“Located just 17 kilometres north of the Sydney CBD, in one of NSW’s most densely populated regions, this project offers an opportunity to deliver a strategic retail asset in a Sydney’s northern beaches corridor,” he said.

“Warringah Council has been master-planning this precinct for over five years, and Meriton’s Lighthouse project will be the retail centrepiece of the Dee Why town centre urban regeneration project.”

The Meriton Lighthouse project is due for completion in Q4, 2018. 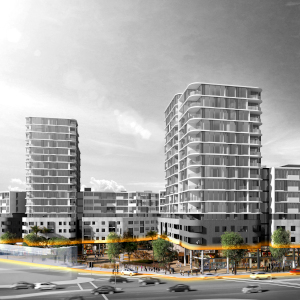