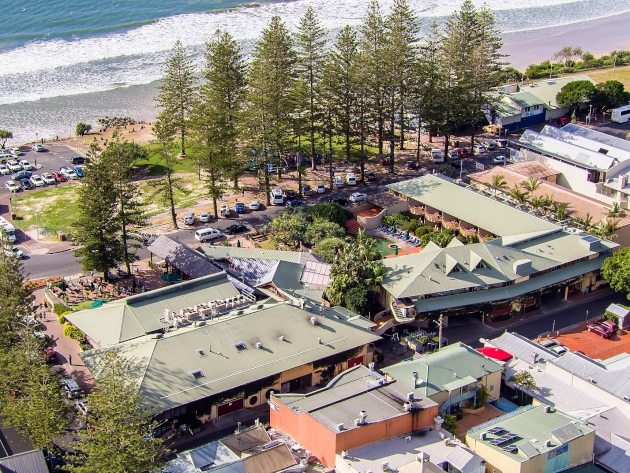 Melbourne businessman Max Twigg is looking to sell the freehold of Byron Bay’s Beach Hotel in a move tipped to generate significant interest from trophy hunters and national hotel investors.

Daniel Dragicevich of CBRE Hotels and Tony Bargwanna and Jared Hodge of Ray White Hotels have been jointly appointed to sell the landmark property – one of Australia’s most recognised hospitality assets.

The beachfront hotel is leased to Melbourne pub industry identity John van Haandel until mid-2017, with a further two 10-year lease options. The current annual income is circa $4.2 million.

Mr Dragicevich said, “The national hotel investment market has seen a huge spike in values in the last couple of years, with the continued low borrowing rate environment directly linking to capitalisation rates – especially for truly iconic properties such as the Beach Hotel, Byron Bay.

“Sales of the Prince of Wales in St Kilda, Melbourne and the Golden Sheaf Hotel in Double Bay, Sydney saw competition generated across various purchaser profiles and we expect a similar market response for the irreplaceable Beach Hotel.”

Reportedly known as the ‘Top Pub’ to locals, the Beach Hotel is situated on a 4,585-square-metre site at the apex of the commercial precinct of Byron Bay.

The 2-10 Bay Street venue enjoys substantial frontage to the beach and is known for its huge outdoor areas. The large-format venue includes multiple bars, a bistro with alfresco dining area, beer garden, a walk-in bottle shop, gaming room, 25 on-site hotel rooms and conference facilities, as well as a pool with heated spa.

“Recent development in and around Byron Bay such as Mercato on Byron, Seacliffs Byron Bay and West Byron Housing Development have also boosted values in the town.”

“This is a rare opportunity to secure the only beachfront hotel in Byron, one of Australia’s leading holiday destinations. The area attracts significant year-round tourism expenditure, with an estimated 1.37 million visitors annually, which will be a key driver of investor interest in the Beach Hotel sale campaign,” Mr Hodge said.

One of Australia’s most recognised hospitality assets listed for sale 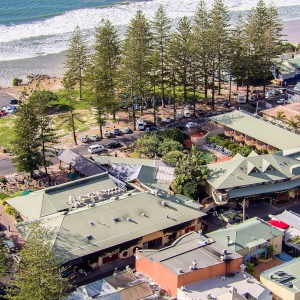