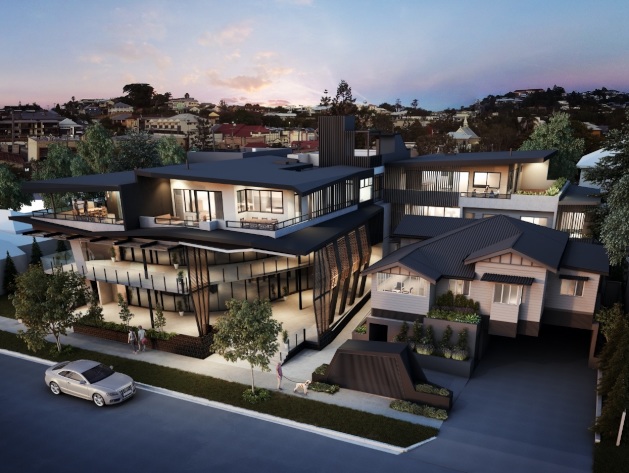 Modern families and young empty-nesters are particularly drawn to the size and exclusivity of the Concorde Apartments, according to the developer.

Developers expect new apartments in a high-end boutique development in Bulimba to fill a big gap in the market, meeting the demands of modern families and young empty-nesters.

The Concorde Apartments, which are situated at 10 Stuart Street, just 50 metres off Bulimba’s Oxford Street and directly opposite a four-hectare tree-lined park, are not only larger than traditional apartments, but also have an individual footprint, with each of the nine apartments having a completely different floorplan, according to the developer.

All have three bedrooms and two bathrooms, and range in size from 110 to 204 square metres. Buyers also have the option of having up to three car spaces.

Paul Liddy of Ray White East Brisbane, who is marketing the development, said the sizing and exclusivity of the apartments makes them unique, and that these factors are proving to be major drawcards for buyers.

“There is an emerging trend of smaller modern families wanting to live in the inner city with all its amenity and benefits, rather than heading out to suburbia,” he said.

“They don’t necessarily want a house, but they want a true house alternative, and the apartments in Concorde meet this requirement with their generous sizing and big individual footprints. There is very limited stock in inner Brisbane of a similar nature.”

Mr Liddy said the parkside development appeals to a wide variety of buyers.

“In addition to modern families, the lifestyle the development [offers is] also proving to appeal to young empty-nesters in particular.”

Designer Elizabeth Anderson from Hayes Anderson Lynch Architects said the apartments in the Concorde development are more like houses than traditional apartments in terms of size, as well as in design and amenity.

“What you’re getting with this development is a really generous high-end apartment designed as a house replacement, with ample storage areas, large kitchens, big dramatic entries and lots of cross-ventilation, with the apartments all open on two or three sides and the rooms being free-flowing from the internal to external areas,” she said.

“The outdoor courtyards in particular are extremely generous, being up to 89 per cent of the size of the interior.

“While the apartments offer almost everything a house would offer, including privacy from both the street and other apartments, they also have the benefits of all the facilities found in apartment complexes, including security and convenient car parking with lift access.”

The four penthouses in Concorde all have double-sided fireplaces, with the ability to heat both the inside and the outside of the apartments.

Ms Anderson said the Concorde Apartments were architecturally striking, becoming somewhat of a statement building in the area.

“The site overlooks the park, so the apartments take advantage of these views, as well as magnificent city views, and [the development] is also situated on a beautiful character street,” she said.

“We have incorporated all the great things about sub-tropical design with this project, including elements such as high ceilings, large windows and doors, and cross-ventilation.”

“Sometimes buyers have to sacrifice location to get the right home, or compromise on what they want in a home to get the right location, but this development is special – it ticks all the boxes,” he said.

“Bulimba has become an exclusive enclave bordered by the river that’s always in great demand, but there is nothing else in the area of the calibre of Concorde that also has the convenience of being in such close proximity to Oxford Street.

“Everything you need is right there, including restaurants, bars, boutique retail shops, supermarkets, natural food stores and cafés. There are also excellent public transport options, including Brisbane’s beautiful river ferries.

“Boutique developments with large-footprint apartments have always performed strongly in the inner city, and with Concorde also being in such a prime location, we expect strong buyer demand.”

The Concorde Apartments range in price from $799,000 up to around $1 million for a penthouse.

The developer behind Concorde is Jimmac Pty Ltd, which has been responsible for a range of landmark developments in the 4171 postcode, including ‘The AVRO’ at 210 Oxford Street, Apollo at 7 Apollo Road in Bulimba, and Constellation Apartments and The Hawthorne Medical Centre on Grosvenor St.

Concorde is expected to be completed within the second quarter of 2017, but according to Mr Liddy opportunities to secure an apartment won’t last long, with only four of the nine being sold off-the-plan. 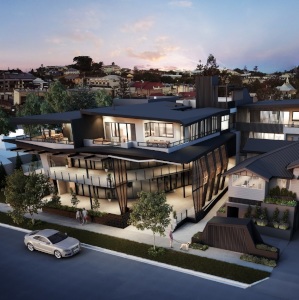