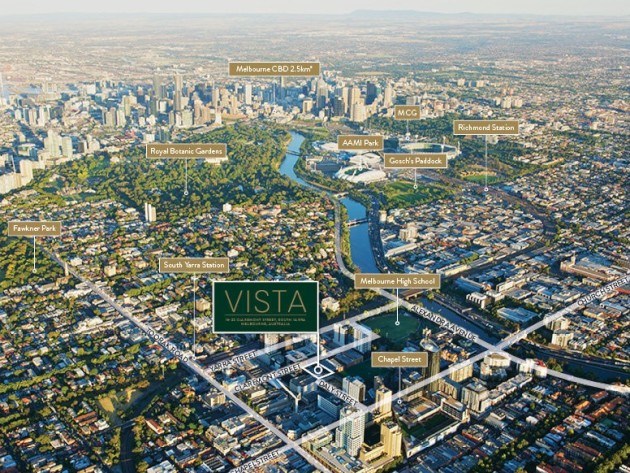 A landmark, permit-approved residential tower in South Yarra is to be offered for sale.

The CBRE Victorian Development Site sales team of Mark Wizel and Lewis Tong has been appointed to sell the property in conjunction with Colliers International.

The 2,125 square metre site at 16 Claremont Street has permit approval to accommodate a 27-storey tower, comprising 336 apartments as well as retail and office space.

Created by Fender Katsalidis Architects, the project – known as VISTA – will benefit from dual street frontage to the major thoroughfares of Daly and Claremont streets.

CBRE Senior Director Mr Wizel said the site was expected to attract significant interest from a range of buyer groups.

“Given the scale of the project and continued demand for premium apartment living in South Yarra, this opportunity is expected to draw significant interest from local and international developers,” he said.

“A South Yarra site of this magnitude with premium plans and a permit in place is expected to be a sought-after opportunity.”

Mr Tong said the site’s existing permit approval would be a differentiating factor for offshore groups.

“Asian developers are likely to see significant value with the plans and permits already in place,” Mr Tong said.

“This process can be time-consuming and costly; however, with a project like this they can get started almost immediately and start to see returns in the short to medium term.”

Karl Fender, founding director of Fender Katsalidis Architects, said: “This artful residential tour de force will immediately become the centre of gravity and focus for the South Yarra precinct. The development will redefine residential amenity for the new community and neighbours alike”. 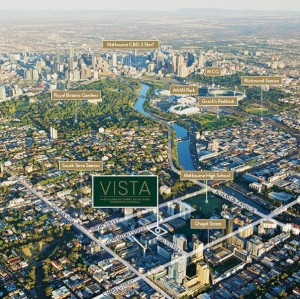