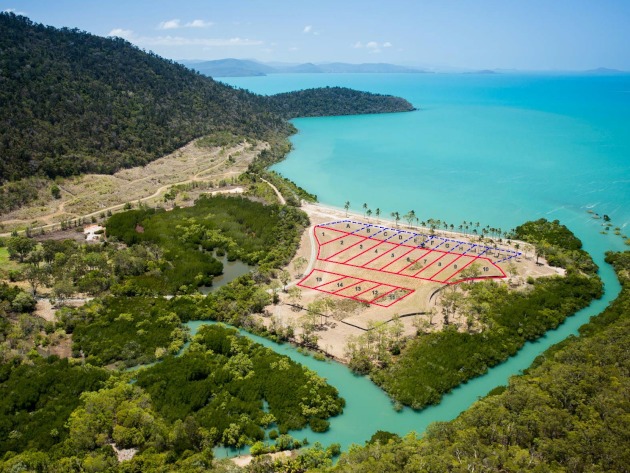 In northern Queensland’s Whitsundays, the sandy beaches and tropical coastline seem to stretch on forever – but precious little of the area can be privately owned.

Most of the hundreds of kilometres of coastline are national park, and of the remainder only 27 waterfront allotments remain.

The waters that make up one of the world’s most famous sailing playgrounds form part of the Great Barrier Reef Marine Park, and much of the adjacent land forms part of Conway National Park.

Where these two parks meet lie 10 of the most exclusive waterfront allotments, fronting the north-facing beach at Funnel Bay and surrounded by national parks on three sides.

The development, called ‘The Beaches’, was recently launched, with individual allotments bearing the names of famous beaches like Bondi, Cottesloe and Waikiki rather than lot numbers.

Despite being only six minutes from the main street of Airlie Beach, The Beaches is reportedly hidden behind a low ridge, giving residents the feeling of being a million miles from anywhere.

The site was previously owned by a resort corporation and approved for 174 apartments as a six-star tropical resort.

A group of local investors and developers have since secured the site and modified the approval to produce 10 waterfront allotments of 1,000 square metres each and five garden-view allotments (each with direct access either to the beach or to the private pool area).

According to the developer, the beachfront lots, already a generous 1,000 square metres, have the added benefit of an extra 700 square metres or more of landscaping area on each title, making them some of the most unique pieces of real estate on the Queensland coast.

Each allotment is reportedly fully serviced but has the feel of a deserted tropical island, with sweeping views across Funnel Bay and out to the Great Barrier Reef.

Whitsundays waterfront opportunities down to a precious few 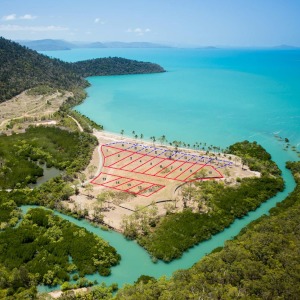 Last Updated: 02 June 2016 Published: 26 May 2016
Join the discussion
FROM THE WEB
Recommended by Spike Native Network