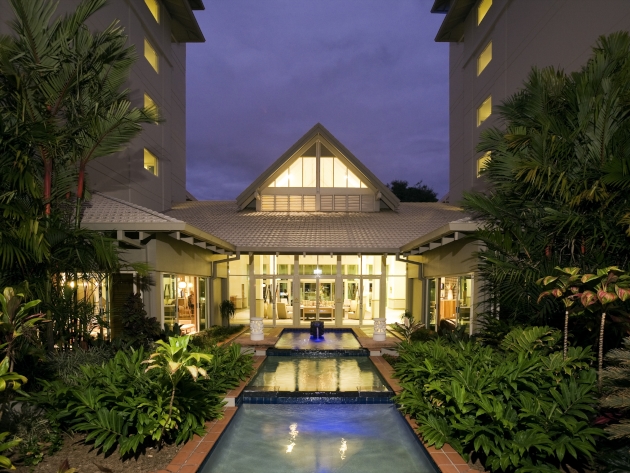 The Novotel Cairns Oasis Resort is to be listed for sale, providing a unique opportunity to acquire a renowned resort on the largest landholding in central Cairns.

CBRE Hotels National Directors Wayne Bunz and Rob Cross have been exclusively appointed to sell the landmark resort via an International Expressions of Interest campaign commencing next month.

Positioned on a 1.23 hectare site, the Novotel Oasis Cairns Resort is the second largest hotel in Cairns, and is located in direct proximity to all major tourist attractions, including the Cairns Aquarium development on the adjoining site, Cairns Esplanade, Reef Casino, Reef Fleet Terminal and the convention centre.

The large site offers the possibility for additional development, subject to council approval or alternatively a strata-sell-down of parts of the resort.

Whilst the resort is operated by the renowned Accor Hotels Group under the Novotel brand with favourable management terms, vacant possession is available upon sale, offering owner operators with ties to alternate brands acquisition opportunities.

“The resort is strategically positioned to capitalise on Cairns’ thriving tourism industry, with increased air capacity into the region and the declining Australian dollar driving record growth in domestic and international holidaymaker arrivals,” Mr Bunz explained.

Cairns is regarded as one of Australia’s top tourist destinations, boasting world renowned natural attractions such as the heritage listed Great Barrier Reef and the Daintree Rainforest. The city also benefits from a robust business market and is regarded as a premier year-round conference and incentive destination.

“The region’s diverse tourism base positions this asset as one of Cairns’ most attractive investment opportunities for 2016, attracting investor interest from both local and offshore groups,” Mr Bunz said.

The Novotel Cairns Oasis Resort is an upscale four-star resort, featuring 314 guest rooms and suites, ranging in size from 26sqm to 72sqm.

Mr Cross commented on the opportunity: “The Cairns’ market has witnessed record hotel transactions in the past 18 months and, with limited to no new supply of new hotels in Cairns in the immediate future, the asset’s sale is expected to attract a strong pool of interest.

“The resort’s prime position, which benefits from direct frontage to Abbott and Lake streets, combined with the strong fundamentals of the Cairns hotel market, are expected to underpin strong buyer interest.”

Cairns is the leading accommodation market in Australia in terms of growth, enjoying record trading levels with double digit growth in RevPAR, up 15.1% year to date and strong occupancy levels, up 8.6%, according to STR Global.

“Cairns has over $20 billion in major development projects under construction or proposed, including the $50 million Cairns Aquarium development (on the adjoining site) and the $77 million ‘Precinct’ housing the Performing Arts Centre (one block from the resort) – all of which will further reinforce the city’s position as a major tourist destination and commercial hub,” Mr Cross added.

The sale plans coincide with the owners’ decision to divest its only Australian hotel asset, which is part of a close ended fund, amid strong investor appetite levels and the buoyant investment market.

A resort Oasis in the heart of Cairns listed for sale 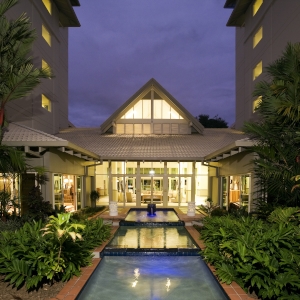