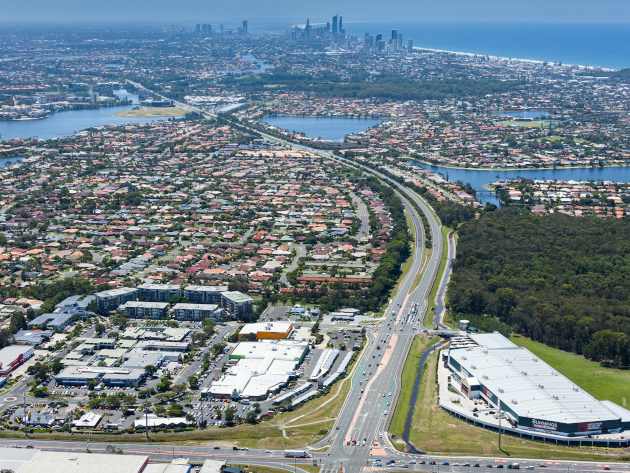 Leading Gold Coast developer Rayjon Group is to take one of the central Gold Coast's most tightly held and prized redevelopment holdings to market - the 3.7 hectare Urbia Burleigh site, approved for future development as a $350 million mixed use community.

The site, on the corner of Reedy Creek Road and Bermuda Street at Burleigh Waters, has been owned by Rayjon since 1981 and includes Treetops Plaza - a successful Coles anchored shopping centre with 31 specialty stores and an adjacent dining and retail precinct that includes Red Rooster and Subway, as well as a freestanding Petbarn showroom.

Rayjon Group has secured preliminary approval for its Urbia Burleigh masterplan which will transform the Treetops precinct into a major new urban hub for the central Gold Coast.

The masterplan allows for the footprint of the existing shopping centre to be expanded and for the development of office buildings and 650 residential apartments in towers of up to 20 levels in height.

Rayjon Group founder and managing director John Hembrow says the decision to sell Urbia Burleigh is a strategic one allowing Rayjon to focus its commitment on the delivery of Vantage Gold Coast, a 357 unit residential apartment project currently underway at Ross Street, Benowa.

Located adjacent to RACV Royal Pines Resort, Vantage has commenced construction on its first two buildings and has already posted sales of more than $21 million. The site adjoins the Coles Benowa Village Shopping Centre being developed by Coles Supermarkets on land sold to it by Rayjon.

Rayjon’s investment in Vantage is mirrored by significant commitments in its immediate vicinity by the Queensland Government, Coles, RACV Royal Pines and Sunland Group. These include a $160 million upgrade of major road networks in and around the Benowa region ahead of the 2018 Gold Coast Commonwealth Games.

"Our advice is that the Gold Coast property market currently offers the best conditions in many years for the sale of premium property assets such as Urbia," Mr Hembrow said. "At the same time our focus is on delivering the Vantage Gold Coast project to the highest standard.”

"These two factors taken together persuade us the time is right to realise the fruits of our 35-year investment in the Urbia Burleigh site."

The Urbia Burleigh site is being offered for sale by expressions of interest through Savills’ National Director, Peter Tyson.

"Large-scale quality sites in the major cities are increasingly hard to find, especially in the southern capitals," Mr Tyson said. "Major institutional and private investors both within Australia and offshore are looking hard at the Gold Coast.”

"Treetops Plaza is a well established centre developed in 1992, with a proven track record of performance and a strategic location on the corner of two major arterial roads opposite Bunnings and at the heart of the fast-growing Burleigh, Reedy Creek and Varsity Lakes catchment.”

"The fact that it offers an existing strong income stream together with approvals in place for major upscale makes it a very appealing asset."

Prized Urbia Burleigh site to be offered for sale 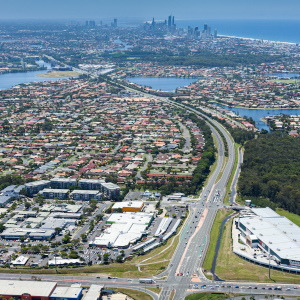