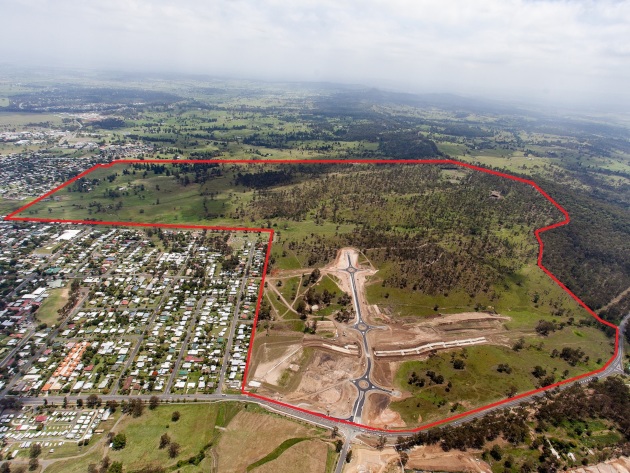 Developers looking for a foothold in the South East Queensland market can secure more than 300 hectares of residential land in the new $1 billion Master Planned Oakland Estate.

Oakland Estate developer James Robinson is currently developing the first stage of the Beaudesert-based community, including a shopping centre, family tavern, Catholic high school and parklands - all of which will be completed by 2017. The school - McAuley College - has already started construction.

Mr Robinson is selling the balance of land, which could yield over 2,000 homesites for an astute developer looking to step into a major masterplanned community within Beaudesert's urban footprint.

The site is being sold by Gregory Woods and Michael Harcourt of Savills Real Estate, who say Oakland Estate presents a rare opportunity for developers looking for a low risk acquisition in a strategically significant location.

"Robinson Projects has de-risked the development for a major national developer or corporate entity looking for a large, strategically located land bank that they can roll out over several years," Mr Woods said.

"All of the retail, education and commercial amenities for Oakland Estate are being delivered up front, which will underpin sales in future stages and provide a platform for Beaudesert's continued growth."

Mr Robinson says Oakland Estate presents a unique opportunity for developers to capitalise on the imminent population and employment boom in the Scenic Rim.

"The population of Beaudesert is expected to triple over the next 20 years, with some 36,000 people expected to live here by 2036," he said.

"The catalyst for this growth is an increase in employment opportunities in the region, with the nearby Bromelton State Development Area recently signing SCT Logistics to establish a $30 million intermodal freight precinct adjacent to the Sydney-Brisbane Rail Line. Construction of SCT's freight terminal is expected to commence in March, with completion expected in early 2017. This project alone will ultimately create up to 1,000 direct jobs.

"I am already receiving strong enquiry for stage one homesites from Brisbane and the Gold Coast as people increasingly become aware of the activity in Beaudesert and the fact that it is really only about 45 minutes from either city."

Mr Robinson says his company - Robinson Projects - will continue to manage the Oakland Estate Shopping Centre and Tavern following the acquisition of the remaining residential component of the project.

He says his decision to sell the balance of his land holding Is in line with his strategy to expand Robinson Projects' portfolio of commercial assets.

"It has always been part of the plan for Robinson Projects to establish Oakland Estate and to deliver the first stage - including crucial infrastructure and amenities which will ensure the sustainability of the project over the long term," he said.

"I really believe that Oakland Estate has great potential to be a backbone for growth and development in Beaudesert over the coming years, as it will provide much needed new homesites and facilities for the general population." 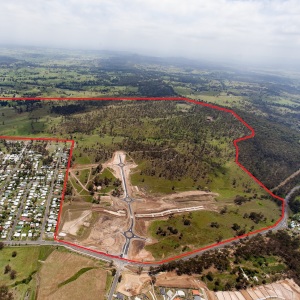