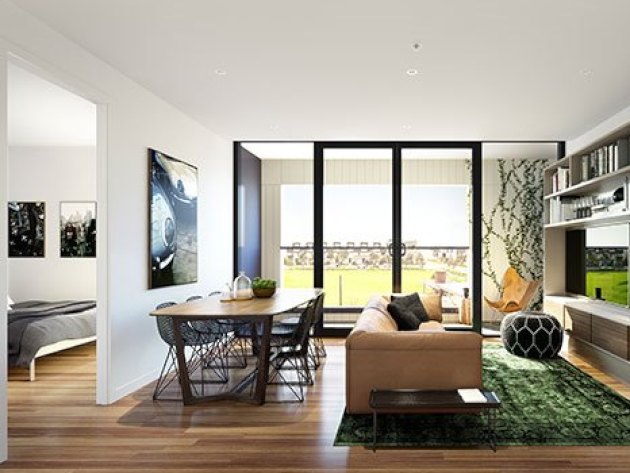 The townhomes make up the second stage of the major residential development by Cedar Woods Properties, named St.A. Upon completion, the entire development will encompass approximately 250 dwellings.

The provision of open space has been a key priority for Cedar Woods in developing St.A, with plans for a 3200 square metre central park, additional pocket parks and a leafy pedestrian network throughout the development.

The masterplanned and architecturally designed dwellings will set a new benchmark for development in St Albans.

Generous living spaces are organised around a series of private gardens, courtyards and terraces.

In 2015 the State Government commenced a $222.9 million upgrade of the St Albans train station which also involves the removal of the level crossing at Main Road. These works will free up traffic flow in the area.

The site is adjacent to McKechnie Street – a key cycling and pedestrian link that runs through the area.

Local purchaser Rick Pug has bought a four bedroom dwelling in St.A stage one to live in with his partner and adult son.

Pug was particularly attracted to the development given the nearby train station.

“It’s in the perfect location for us. My partner needs to get into the city every day so it will be perfect for her being so close to the train station and one that is being significantly upgraded,” he says.

Having grown up in St Albans, Pug has experienced the suburb’s evolution firsthand.

“It's changed a lot from the early days. New residents have injected variety into the shopping precinct including new shops and restaurants,” he says.

Upgrades to the St Albans train station and strong infrastructure investment have driven price growth in St Albans, with median house prices jumping 11 per cent in 2015 according to CoreLogic RP Data.

Demand for housing in the west is evidenced by the success of St.A’s first release, with 17 out of the 18 homes released in stage one now sold out.

The completed development will consist of a mixture of detached and semi-detached terraces and potentially low rise apartments. 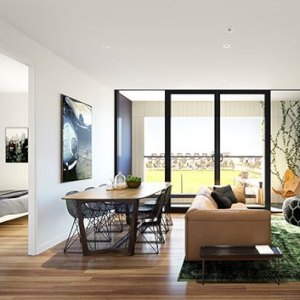