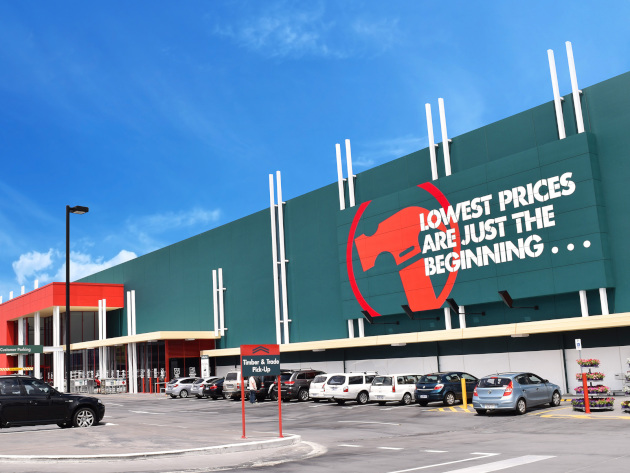 Bunnings Warehouse Joondalup has been listed for sale in a move marking the first significant opportunity in the Western Australian retail investment market in 2016.

Secured by a new 12-year net lease to Bunnings with options to 2076, the property provides blue chip investment security.

CBRE’s Andrew Woodley-Page, Ben Younger, Mark Wizel and Justin Dowers are acting exclusively for Bunnings, with the Expressions of Interest campaign kicking off officially next week.

“In 2015, we saw yields for this class of assets sharpen substantially. The sector is attracting national buyer interest, especially as a result of the continued strong performance of the Bunnings business,” Mr Younger said.

“The consistent performance and revenue growth of Bunnings has been a key attraction for private and institutional investors, along with the depreciation tax benefits associated with the new assets.”

Mr Woodley-Page said given the limited availability of stock within eastern seaboard states such as Victoria, it was evident many local private investors and syndicators were seeking to expand their holdings through acquisitions of interstate properties.

“There are limited investment options of this calibre available nationally, so we expect to see further cross border purchases of retail investment assets this year, which will be a continuation of a major trend in 2015.”

Mr Woodley-Page went on to say the investment sector was tightly held – a factor that was expected to underpin strong interest in the sale campaign.

“Bunnings investments are always highly sought after, for a number of reasons. The net lease structure and fixed rental increases are favourable; along with the strength of the fundamental real estate given the strategic site allocations from Bunnings,” Mr Woodley-Page explained.

Bunnings Warehouse Joondalup is being sold by International Expressions of Interest closing March 9, 2016.