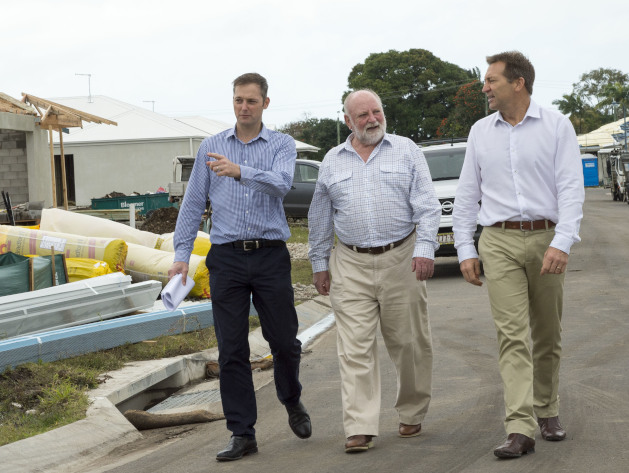 The Mackay property market outlook is very positive for 2016 according to the Real Estate Institute of Queensland (REIQ) Zone Chairman for the Mackay District, Peter McFarlane, who expects to see increasing sales volumes as the real estate market rises from the bottom of the property cycle.

Mr McFarlane said the Mackay property market would continue to build momentum in 2016 after stabilising last year off the back of increasing confidence in the broader local economy.

“We saw rental vacancies stabilise towards the later part of last year, increasing home sales figures and a shift in the buyers’ market from investors to owner occupiers,” Mr McFarlane said.

“The majority of sales in Mackay were driven by local first home buyers seizing the opportunity to enter the market under ideal conditions, taking advantage of housing affordability and the ongoing record low interest rates,” he said.

“Confidence in the property market is increasing, resulting in more local purchasers buying their homes and growth through new residents relocating to the region.

“We are already seeing sales increase in the $450,000 to $500,000 price range driven by people who are now in a position to upgrade to their next brand new home.

“The most recent Real Estate Institute of Queensland (REIQ) Quarterly Market Report showed sales activity was up 9% on the previous quarter with 180 houses sold, most of which were situated in suburbs close to the CBD including West Mackay, South Mackay, Bucasia, Glenella and Andergrove.

“Buyers are gravitating towards residential hubs with nearby amenities and infrastructure.

“The suburb of Andergrove is particularly attracting families looking to buy because the area provides all the family living necessities such as schools, parks, sporting fields, shopping centres and medical facilities.”

Increasing sales inquiries have been reported at Andergrove’s strategically designed master planned estate Somerset Park, with buyer interest building in the second half of 2015 and continuing to grow in 2016.

“First home buyers can also access the Queensland government’s Great Start Grant of $15,000 plus a transfer duty concession when buying or building a new home at Somerset Park, depending on eligibility,” Mr Parsons said.

“All home buyers are looking for a quality home that offers value for money and the peace of mind that comes from knowing they have made a sound investment,” he said.

“Somerset Park offers this by guaranteeing that all homes will be of an equally high standard of quality, design and construction, close to essential services.”

Somerset Park developer Jim Relph of Trinity Property Group said his due diligence research showed Mackay has a stable economic base, making it an ideal city for home buyers to settle in.

“Mackay has recently come through a period of economic adjustment and is now experiencing steady new growth, creating a promising outlook for 2016,” he said.

“We are expecting announcements on local infrastructure projects that will create more local jobs, which in turn should have a positive influence on the property market.

“These projects include plans to introduce international flights from the Mackay airport, the expansion of the Mackay port, construction of the Mackay Ring Road and the realignment of the Peak Downs Highway crossing at Eton Range – about 35 minutes west of Mackay.

“The construction of a railway line from the Galilee Basin to the port of Abbot Point is also likely to benefit Mackay through manufacturing opportunities and building contracts.

“The Mackay Regional Council is focused on reinventing the town as a major industrial hub to service mining developments in the Galilee Basin that will directly benefit the region.

“All indications are that the Mackay economy is continuing on a growth path in 2016 and this positive outlook is leading to increasing numbers of people interested in buying property in Mackay.” 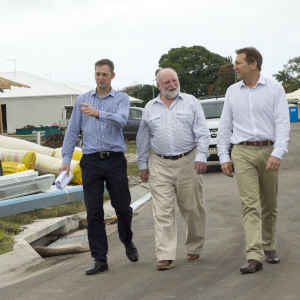