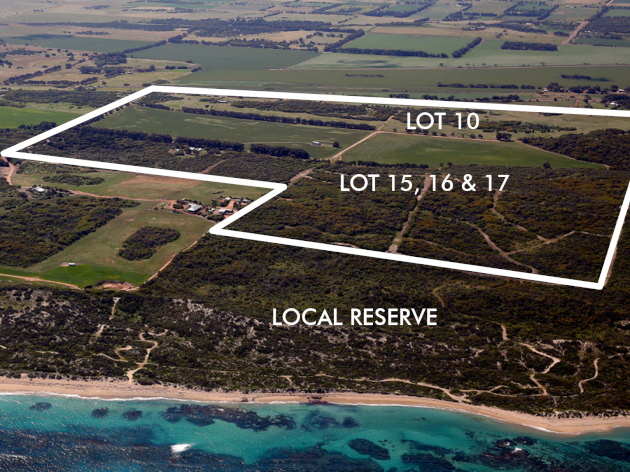 More than 190 hectares in Dongara has been listed for sale, unlocking an opportunity to undertake a landmark master planned community in a premier regional location earmarked for major growth.

CBRE has been jointly appointed to sell the significant development portfolio, which comprises six parcels - including two coastal sites - approved for a range of subdivision purposes including hobby farm allotments and residential development.

Included in the portfolio is 17 Cardwell Gardens in Dongara – a 23.3 hectare landholding with previous subdivision approval for 98, circa 2,000sqm residential lots.

The parcel forms the balance of the Moreton Bay Estate development, which originally comprised up to 143 lots, of which 45 have already been sold.

CBRE’s Phil Melville, who has been appointed to sell the portfolio said the offering represented a unique development opportunity in an area touted for significant growth over the next decade.

“This is the first time in several decades that such a diverse development portfolio has been made available to the open market in this area,” Mr Melville said.

“The portfolio’s scale and development potential is expected to attract significant buyer interest from a range of sources, including individuals and corporations looking to secure specific components of the portfolio, as well as developers with an appetite for a complete portfolio with an extended development life.”

Mr Melville said the sale came after a major onshore gas find in Wastia, which could fuel major growth in Dongara and Port Denison over the next few decades.

“Dongara and Port Denison are a sought after retirement and tourist destination, in addition to a functioning regional oil, gas and residential service centre,” Mr Melville explained.

“This new discovery, which is believed to be the biggest of its kind in half a century, will add to the area’s appeal and inevitably drive demand for new housing and development.”

The properties will be offered individually or as a whole via an Invitation to Offer campaign.