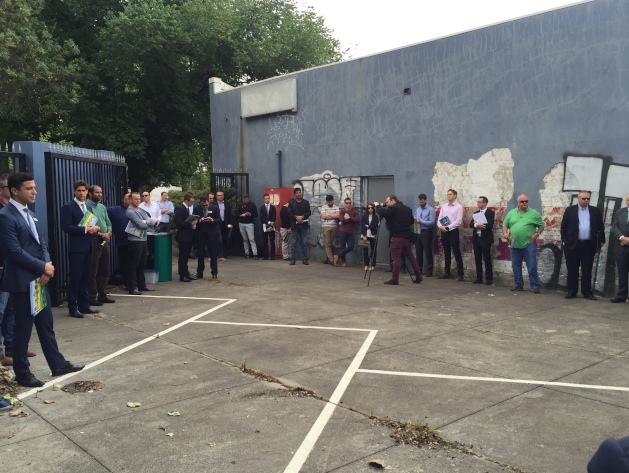 Local buyers are making a resurgence in Melbourne’s property market, with a prominent investor scooping a Fitzroy North development site for $14.05 million at auction in the latest transaction to a Victorian buyer.

The auction of 81-89 Queens Parade – an approximate 3,201sqm corner landholding – attracted a crowd of more than 75 when it went to auction last week, with the property attracting strong bidding competition from a range of local and offshore buyers.

The freestanding corner building sold to a prominent local investor for $14,050,000.

Mr Wizel said the property marked the sixth transaction over the past two weeks, where local buyers had fought off strong competition from offshore groups to secure well located property across Melbourne with development potential.

“The continued strength of the Melbourne residential market, particularly in comparison to the current volatility being witnessed in the Sydney market, is making Melbourne the developer's location of choice.”

“Despite the highest earning potential for the site coming from its development potential, properties that can generate a strong holding income are increasingly being sought after in the market,” Mr Wright said.

“Both local and offshore developers are actively building themselves a pipeline of work by acquiring sites with income. This allows them to add more value via rezoning and eliminates some of the time pressures given they are being paid rent.”

110 Denmark Street, Kew will be the next development site to test the strength of the market, with the 666sqm property offering triple street frontage with valuable rear lane boundaries and access points.