This week saw the celebration of Geographical Information Systems Day, and with it a unique look into how some of Australia’s major developments are changing our urban landscape forever.

Yesterday was Geographical Information Systems Day (GIS) – in case you missed it. To celebrate, GIS technology company Nearmap created a series of high resolution GIFs demonstrating the pace of building development over the past three years in some of Australia’s most high-profile redevelopment sites.

Here they are (GIFs and words from Nearmap, via Gizmodo).

In 2012, the Perth Government set out to redevelop Elizabeth Quay. Its aim was to reconnect Perth’s city with the Swan River and provide much-needed hotel, commercial, residential and retail accommodation. Three years on, and the construction is firmly underway. While it still has a fair way to go before completion, it’s easy to see how the development will change the whole face of Perth’s CBD.

The suburb of Crace, Canberra, holds the title of Australia’s fastest-growing area, with a 57 per cent increase in population in 2013-14. The urban project to transform Crace into a top growth hotspot started in 2009 and has since reported $112 million in new dwellings.

Point Cook is one of Melbourne’s newest suburbs, developed around wetlands along the coast of Port Phillip. Inspired by Manhattan, it’s quickly becoming a hotspot for investors and mega mansions. Only 30 minutes away from the CBD, and with all the latest facilities, it’s easy to see why it’s so popular. However, the development is still a long way off. Over the next 10 years, new retail developments, infrastructure and schools will be completed, transforming this once rural land in to prime real estate.

Greater Springfield is Australia’s fastest emerging new city. The $32 billion development is positioned as the gateway to the western corridor of south-east Queensland. At 2,860 hectares, it is the largest master-planned city in Australia and the first city of its kind since Canberra. Over the past few decades the area has transformed from rural farming to a vibrant community. Construction is still ongoing; however, by 2030 it hopes to be home to approximately 105,000 residents.

Sydney’s Harbour has experienced a massive facelift over the last five years. Most notably, we saw the rise of Barangaroo – turning a once barren concert pit to a nature reserve – and the redevelopment of the White Bay Precinct. While both are yet to be complete, the transformation of these areas are changing the face of Sydney harbour.

'How my outgoing tenant changed my investment strategy'

What kind of property will $4 million buy you? 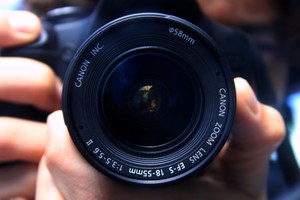