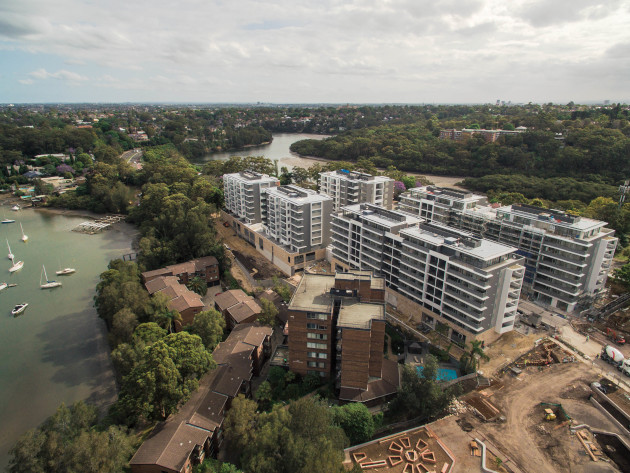 The Mayor of Lane Cove, Clr Deborah Councillor Hutchens, has praised the sophisticated design and architecture of the $200-Million Bay Pavilions – the most significant residential development in the suburb’s history.

The 273-apartment complex, which nestles on an elevated 12,800sqm site overlooking Burns Bay at Lane Cove, replaces a collection of old factories.

“This is a wonderful use of the site,” said Clr Hutchens, as she toured the development. “It is a sophisticated home for our newest Lane Cove residents and has added great amenity to the suburb.

“Many of the apartments gain picturesque views of Burns Bay Reserve, and residents will soon be able to take advantage of the new park and community centre being built right next door."

Bay Pavilions is the first project completed by PietyTHP, a joint-venture between the Sydney-based Piety Investments and Malaysian-based TH Properties to create Shariah-compliant developments in Australia.

The Chairman of TH Properties, Dato’Azizan Abd Rahman, said Bay Pavilions marks a significant milestone in the relationship between Malaysia and Australia. “Many wonderful things have come out of this project and we are ready to expand our development footprint across Australia,” he said at a lavish ‘key ceremony’ attended by many overseas dignitaries and some purchasers.

Currently PietyTHP has more than $500-Million of projects under management.
It is about to start The Imperial at Hurstville and ONE The Waterfront at Wentworth Point.

Bay Pavilions has been designed by award-winning architects Marchese Partners, who blended five pavilion-style buildings into the contours of the waterfront landscape. Interiors are cool and contemporary with a natural edge. Inspired by the native flora and rock formations, tones of blue-green and pale greys infuse the living spaces, animated with the changing light.

One of the first purchasers to gain keys to his apartment was sophisticated investor Terry Sullivan, who was impressed with the finishes and the views.
“I primarily bought here because of the location, which is in the midst of bushland reserves, waterways and natural parklands,” Mr Sullivan said.

“Initially I’ll use it as an investment, but I have three sons and I’m sure I will be pressured by one or more of them to move in here. It is a convenient location, close to Lane Cove and Hunters Hill shopping centres, and a mere 10 minutes by car or express bus to the CBD.”

PietyTHP is run by a team of professionals who are experienced in investment banking, property construction, development and real estate funds management. It was established in 2013 and is supervised by eminent Shariah advisors.

The Malaysian partner is the TH Properties Group. This integrated group of property, construction, asset and facilities management companies is wholly owned by the Pilgrims Fund Board. Its flagship project is the 5,000-acre Bandar Enstek township being developed close to Kuala Lumpur International Airport. It also is undertaking and managing construction projects exceeding RM1 billion in value. 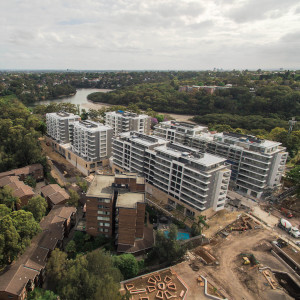