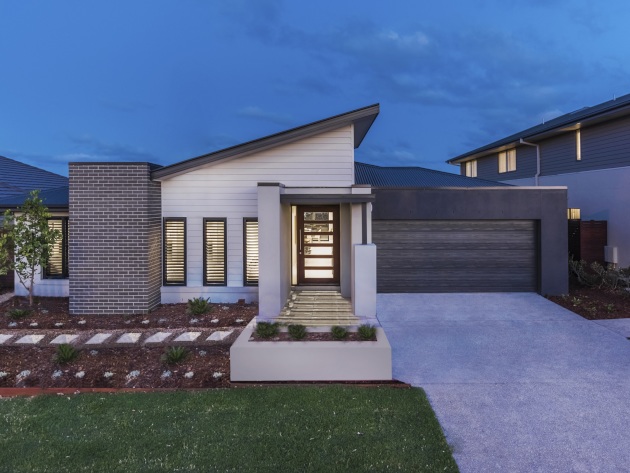 Adenbrook, Aston Milan and Metricon have opened the first display homes in a new $13 million display village at Gainsborough Greens, set to become one of the largest one-stop-shops for those looking to build a new home on the Gold Coast.

Bounds Homes is also preparing to launch a new home in the coming weeks in the village, which will comprise a total of 19 home designs by 12 of Queensland’s and Australia's top builders when complete in early 2016.

Situated in Pimpama on the northern Gold Coast, Gainsborough Greens is being developed by publicly listed group Mirvac, and has been the highest selling community in the city over the past two years, accounting for 11 per cent of all new residential land sales, according to data by leading independent valuation firm, Charter Keck.

"Not only will buyers be able to easily compare floorplans, styles and prices, but work with the various builders to create a final design that is their true dream home," he said.

"To have such a high calibre of builders showcasing their homes at Gainsborough Greens is a real coup for this community and the fast-growing northern Gold Coast corridor."

Adenbrook Homes is showcasing the 'Saxon', one of its most popular designs, featuring four bedrooms, two bathrooms and two living areas, ideally suited to a 12.5 metre homesite.

Adenbrook Gold Coast builder, Giorgio Tosoni, said the home was designed for modern living, with two distinct zones including a dedicated parent's zone with private and luxurious ensuite and walk-in wardrobe that was isolated from the children's wing and busy living hub.

"The design was chosen because of its suitability to the local area and young families, first home-buyers, professional couples, retirees and investors," he said.

"The home has been completed in a tasteful Balinese style, with lots of light colours and nice warm timbers that really suit the relaxed style of living on the Gold Coast," he said.

Metricon general manager, Jason Biasin, said the homes were a showcase of next level family living, with luxury features and design details that customers would have previously only seen in much larger homes.

“These modern, well-planned, light filled and insightful homes provide plenty of space for time together and entertaining, but also importantly have clever places for retreat times apart,” he said.

Bounds Homes owner Jim Bounds said the home was designed for families in various stages of life, with a study nook in the main living area near the kitchen, which was ideal for homework and keeping an eye on children while they surf the web.

"The home has been designed to suit those with younger or older children, with an option to replace a patio area off one of the bedrooms with an additional ensuite, creating a third bathroom and teenagers retreat," he said.

Mirvac has recently released new homesites in two precincts at Gainsborough Greens, including golf side land starting from $241,000 and traditional family homesites from $199,000. 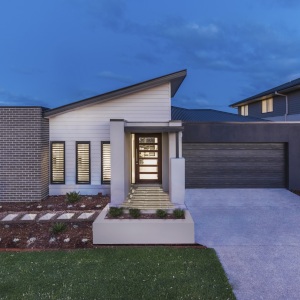