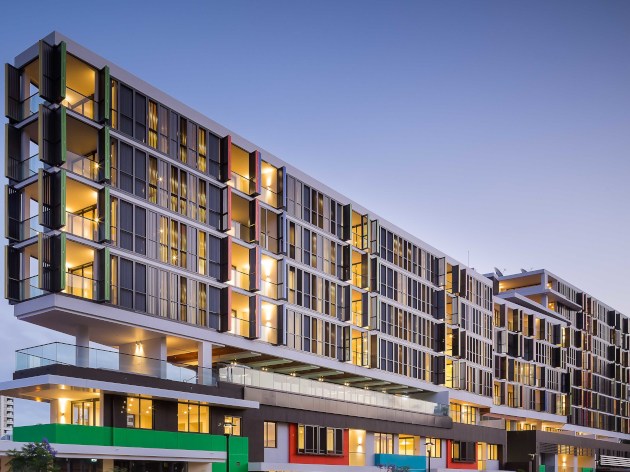 Crown Group was named a winner in the “Residential and Mixed-use Development Buildings up to $50 million” category for its striking Viking by Crown project; during an event at Sydney’s The Star on Saturday.

The 10-storey Waterloo building features a unique architectural design inspired by world-renowned Israeli artist Yaacov Agam; founder of the post war kinetic art movement. The modern exterior is recognised for its unique façade with a operable sliding louvre system, which allows the individual unit occupier to open, close and slide the louvre panels; forming an ever-changing appearance to the building.

Judged by an expert industry panel, winners are selected based on quality of finished construction, degree of difficulty in construction, materials used, environmental and safety protocols, outcomes achieved and benefits to the community.

Master Builders Australia received over 5,000 entries this year for the Regional, State and Territory Excellence in Building and Construction awards.

“This highly-contested award recognises the extraordinary efforts and skills of the Crown Group team to successfully deliver a state-of-the-art project through to completion,” Mr Sunito said.

“Viking by Crown’s unique architectural design was certainly not a typical construction project and required a skilled and persistent team approach. Viking by Crown is an award winning state-of-the-art project fit for Sydney’s bright future,” he said.

Apartments feature large balconies and sun drenched district or city views from level three and above.

“Viking by Crown was popular with buyers with all 110 apartments selling out prior to completion,” Mr Sunito added.

Judges at the awards praised the capability of Crown Group to deliver the innovative design.

“The building was well constructed with accurate dimensional control and attention to detail on the triangular site.

This was achieved with a whole team participation approach,” MBA Judges commented.

The award joins Viking by Crown’s golden run of accolades this year including an Interior Design Apartment (Australia) award at the 2015 International Property Awards, Asia-Pacific region and a 2015 MBA NSW Excellence in Housing Award for ‘Home Units $500,000 – $700,000′ as well as the projects’ recent shortlisting at the 2015 World Architecture Festival Awards in the ‘Housing’ category.

Construction of Viking by Crown was completed in 2014.

Just a few kilometres away, Crown Group’s newest project Infinity by Crown Group in Green Square was recently launched for sale; securing more than $380 million worth of apartment sales in one day.

Crown Group will launch a new project in Waterloo in 2016. 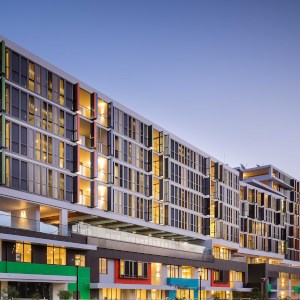