The RBA has announced the results of its latest board meeting, defying market commentary in the process.

The Reserve Bank of Australia has announced it will leave the official cash rate on hold following its board meeting this afternoon.

The decision to keep the official cash rate at its current record-low of 2.00 per cent shocked many market commentators, who had predicted that recent changes to variable home loan rates and disappointing inflation figures would force the RBA’s hand.

Cate Bakos of Cate Bakos Property had predicted the decision to increase home loan rates from the big four banks would lead to a cut in rates this month.

“With weaker than anticipated inflation reported last week, no ease on our unemployment figures, limited evidence of investment in plant and equipment, cries from retailers that the big four's cash-grab will harm their Christmas forecasts, and media reporting concerns around Sydney's property market, our RBA might just decide to cut rates to an all-new low this November,” she said.

With the RBA having decided to leave rates on hold, the question of another rate cut is now a matter of when, not if, according to most commentators.

Alan Fox, principal of buyer’s agency Propertunity, predicted that if rates weren’t cut this month, then they certainly will be in the coming months.

“I’d give it a 50/50 chance of a cut by 0.25 per cent or leave alone. The reason being that the big four banks have lifted rates, so the threat of fuelling another property boom with an RBA cut in rates is non-existent.

“The next rate movement by the RBA will be a cut – it just waits to be seen if they do it before Christmas to stimulate retail spending or they wait until 2017,” he said.

It’s a sentiment echoed by property academic and author, Peter Koulizos, who predicted that rates would remain on hold for November.

“I think the RBA will leave the cash rate where it is, for now. In my opinion, there is not enough long-term data that indicates they should decrease the cash rate,” he said.

“However, if the unemployment figure increases again this month, I think Australian consumers can look forward to an interest rate cut in the first week of December; an early Christmas present!” 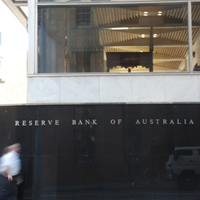