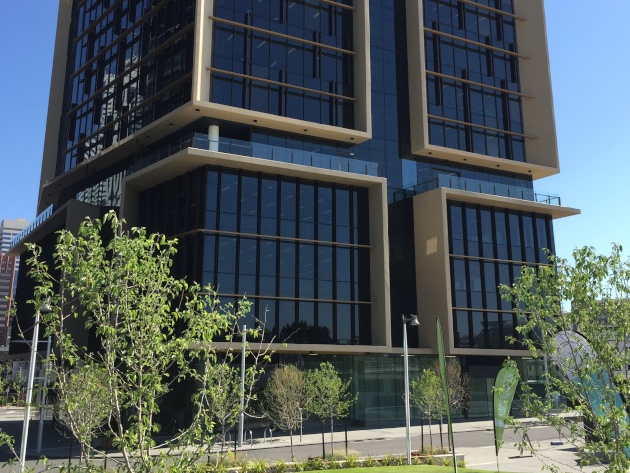 Perth’s King Square has reached a significant milestone, reaching practical completion and handed over to its owner HBF in late September.

Comprising 12,500sqm over 10 levels, the A-grade tower will become the new HBF headquarters when it officially opens for business in April 2016.

HBF will occupy levels one – eight when it relocates from its current Murray Street address, with levels nine and 10 on offer for direct lease.

CBRE and JLL have been appointed joint leasing agents to lease the two floors of 570 Wellington Street, on behalf of HBF, which comprise a total lettable space of 2,457sqm.

CBRE’s Office services Director, Lachlan Lewis said the offering represented an outstanding opportunity to secure a presence in one of the city’s fastest growing business precincts, the Perth City Link.

“The two floors, levels nine and 10, offer fantastic outlooks onto the city, up to West Perth and over Northbridge. The natural light streaming into the floors is a key feature and benefit that will be appreciated by the tenants who end up occupying the space,” Mr Lewis said.

The two floors, comprising 1,228.5sqm each, are being offered with a generous tenant car parking ratio of up to five bays per floor.

“The market feedback has been that the generous car parking component offered in this building gave HBF House a clear edge over other CBD buildings,” Mr Evans explained.

HBF House benefits from state of the art end of trip facilities, including 94 bike racks, 124 lockers and 20 showers. As part of the Kings Square development there is also access to a gymnasium and childcare facility

The building, which is complemented by a ground floor café, also includes four lifts with destination control functionality, plus a dedicated loading dock and service lift. The building is also equipped with 100% back-up generator power supply for the entire building including all tenancies. 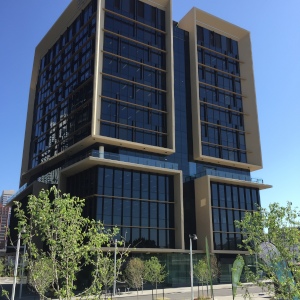