The award winning Newmarket Hotel has been listed for sale, unlocking an opportunity to secure a prominent freehold investment in a premier St Kilda location.

Redeveloped by Melbourne Pub Group approximately three years ago, the Newmarket Hotel is a modern gastro pub with basement lounge bar located in the bustling entertainment precinct of St Kilda.

The high performing business is secured by a long term lease and is one of the strongest performing bayside food and beverage pubs.

CBRE Hotels’ Scott Callow and Joseph Du Rieu have been appointed to sell the asset via an onsite public auction on November 12 on behalf of Melbourne Pub Group.

“Prominently situated on Inkerman Street, the Newmarket Hotel is an iconic St Kilda watering hole, popular for its high end pub fare and extensive selection of boutique beers on tap.”

The asset comprises a modern Gastro pub which was redeveloped in 2010, set on an expansive site of more than 1,000 square metres of land. The building boasts a historic red brick façade with an open courtyard, bar and dining area flowing through the ground floor of the hotel.

Securely leased to Dixon Hospitality Group for circa 25 years including options, the asset provides a net rental income of approximately $365,000 per annum and is anticipated to be a highly sought after investment opportunity.

Premium St Kilda watering hole to go under the hammer 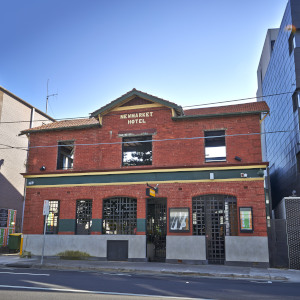