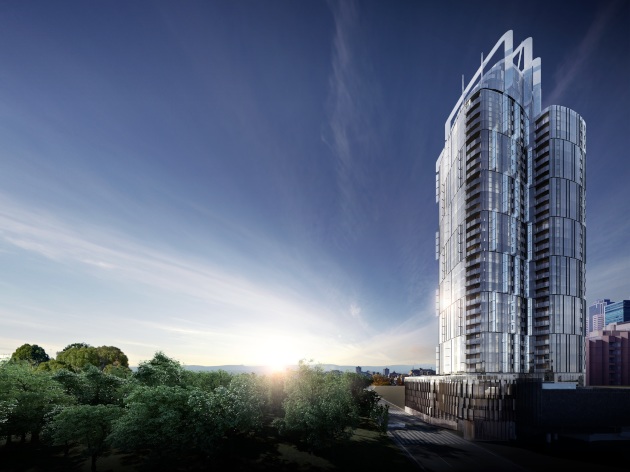 More than 65 per cent of apartments sold before official release.

Located on Mackenzie Street with panoramic views over the historic UNESCO World Heritage-listed Royal Exhibition Building and Carlton Gardens, Conservatory, with a GDV of AUD$320 million has received an impressive reception in the market, with over 65% of apartments sold through an exclusive preview campaign in selected cities around the world beginning late August 2015. The official release date coincides with the opening of the 280 sqm onsite display suite, which features a full two-bedroom, two-bathroom apartment unit and a generous garden compound of about 1,500 sqm that could host up to 100 guests.

“We are extremely pleased to have received such a high level of interest from local and international buyers in both the owner-occupier and investor markets looking to benefit from luxury-living and first-class amenities in the World’s Most Liveable City,” said Mr. Anwar Syahrin Abdul Ajib, Managing Director/Chief Executive Officer of UEM Sunrise.

Designed by highly-acclaimed and award-winning architect Professor Philip Cox AO of Cox Architecture, Conservatory is set to become a distinctive part of the Melbourne city skyline with its shimmering façade and glittering crown. Drawing inspiration from its context, Conservatory will deliver contemporary garden living in the sky with 446 apartments of one, two and three-bedroom units and penthouses in a 42-storey majestic tower.

Professor Cox in revealing his inspiration for Conservatory said, “Since Victorian times, elegant glasshouse buildings have housed and nurtured tender and exotic plants. Often a favoured retreat or place of entertainment, these ornate yet functional spaces nurture and enhance a sense of wellbeing. This landmark tower will offer a sanctuary for its occupants – a place to grow, relax and share special moments. The unique design builds on an art nouveau concept – a controlled and tempered habitat propagating a new environment for living within a graceful, sculptural façade that captures views, controls light and allows fresh air.

“Conservatory embraces the true spirit of garden living in the city,” he said.

Mr. Anwar Syahrin added that Conservatory’s amenity triumphs other developments, with expansive communal recreation and entertaining areas layered in three levels as the tower ascends. Residents will enjoy The Victorian Terrace, The Royal Banquet and The Carlton Skydeck with breathtaking views over the Carlton Garden and city skyline as the backdrop.

“UEM Sunrise is committed to building communities of the future; leveraging on our international experience and capability in residential and mixed-use developments, UEM Sunrise is proud to bring amenity-driven high-rise living to the Australian market with our Conservatory development. Connectivity to its surrounds is what makes Conservatory very marketable to buyers, alongside amenities and its expansive views across the Melbourne CBD skyline and Carlton Gardens,” he said.

Mr. Raymond Cheah, UEM Sunrise’s Chief Operating Officer – Commercial, said, “Conservatory is where city vibrancy meets garden tranquility. It truly offers the best of both worlds. With well-considered layouts and the best quality of internal finishing, the project will be a testament of UEM Sunrise’s commitment to deliver the best in luxury living.”

Construction of Conservatory is expected to commence in the first half of 2016. One-bedroom apartments start from AUD$447,000. The Conservatory display suite will be available for viewing via appointment through Colliers International from 23 October 2015 onwards. 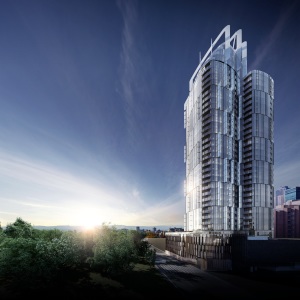