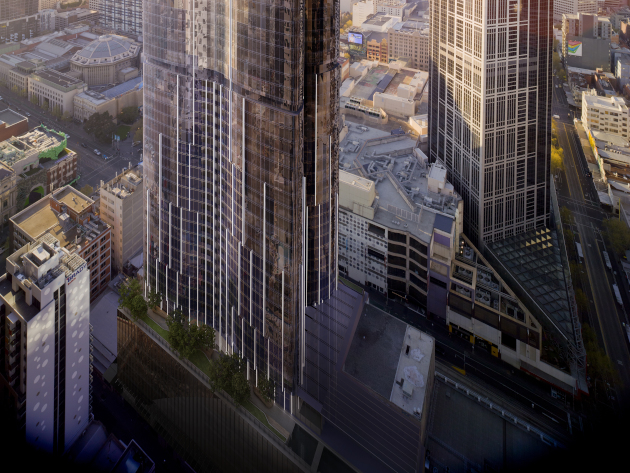 Mr. Anwar Syahrin Abdul Ajib, UEM Sunrise’s Managing Director/Chief Executive Officer, said, “We are proud to commence construction of our maiden project in Australia with a GDV of AUD$770 million. Aurora Melbourne Central offers an enviable location, one-stop convenience and unrivaled connectivity to transport networks. It is a clear testament to our ongoing commitment to building high quality and unique homes in the market that we operate in and we are truly delighted to be working with such reputable architecture firm as Elenberg Fraser and tier-one construction company Probuild.”

Founder and Director of Elenberg Fraser, Mr. Callum Fraser said, “Aurora Melbourne Central is a unique expression of Melbourne’s future. It has been designed to create a new epicentre for the Melbourne CBD. In every direction, the unique curves of the tower’s special glass coating will provide a dynamic and beautiful addition to the Melbourne skyline, reflecting the iridescent silver, blue and rose hues from the bay, the city and the mountains beyond.”

The upgrading works will see enhanced public access via the addition of a station entrance from Little La Trobe St with escalators directly into the train station concourse level as well as a lift at the La Trobe Street entrance. With growing patronage from 14.3 million per annum in 2011-2012 to the anticipated 21.5 million by 2031, which equates to more than a 50% increase in customers (based on data from Public Transport Victoria, June 2015), the upgrading works will greatly assist in quickly and conveniently moving users to and from the Melbourne Central Train Station.

Mr. Anwar Syahrin said the proposed enhancement works at the third busiest station in Melbourne's metropolitan network will deliver city-scale improvements and further improve the convenience and comfort of the station customers.

“As part of our commitment to investing in Melbourne, UEM Sunrise is working closely with local planning and rail authorities to ensure the upgrade and refurbishment of the station is aligned to the future needs of Australia’s fastest growing city,” he said.

Mr. Simon Gray, Probuild’s Group Managing Director said, “We are proud to be working with UEM Sunrise to deliver a landmark building which will be the tallest and most significant development in the heart of Melbourne’s CBD. Besides delivering a new development and railway interface for commuters, Probuild’s work with UEM Sunrise will also create hundreds of jobs for Victorians during the construction of Aurora Melbourne Central.”

Aurora Melbourne Central will be built and handed over in stages, with the upgrade of the station and underground access expected for completion by end 2017. The development will be fully completed in the third quarter of 2019. 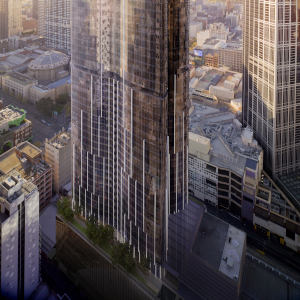