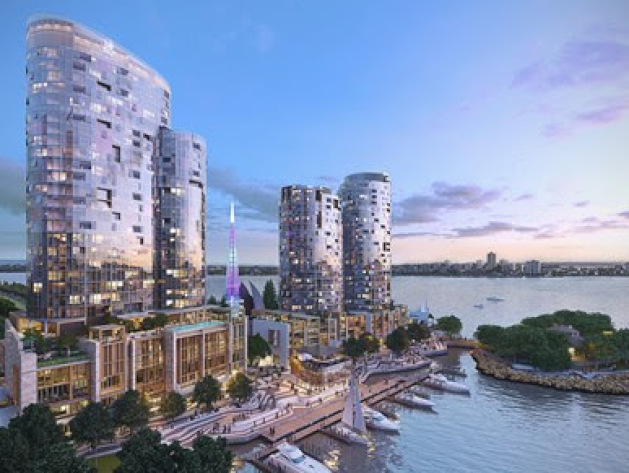 The spectacular residential apartments planned at Elizabeth Quay will soon be on sale.

Far East Consortium and PRDnationwide were thrilled when the Western Australian Minister for Planning John Day gave his final stamp of approval for the much anticipated The Towers development at the iconic Perth waterfront location.

The 379 apartments will be officially launched shortly and will then go on sale to the public, with a strong interest in securing one of the best views in Perth already shown.

“We can now move forward with the processes that will enable the spectacular plans seen of The Towers to become a reality. That reality will be world class, befitting the unique waterfront location and the inclusion of the Ritz-Carlton hotel.

“The Towers apartments will be of high quality and Perth people will proudly call them home in what will quickly become an iconic area of Perth.

“We have been watching the progress made to the public spaces at Elizabeth Quay over the past few months with great interest and believe that the project is on track to becoming what the WA Government promised - a world class waterfront destination.

“We believe the Elizabeth Quay project launches Perth on the world stage and are excited to be able to complement that with The Towers.

“The public launch of the apartments will commence very soon and we hope to have construction underway in the New Year. The country’s premier building companies are currently tendering for the construction contract.”

Residents of The Towers will enjoy a range of lifestyle amenities including pools, gyms, lounges, cafés and restaurants, plus a roof garden, and viewing amphitheatre.

Set across two towers, residents will have the choice of 1, 2, and 3-bedroom apartments and penthouses. All apartments will feature winter gardens, designed to seamlessly blend indoor and outdoor living.

Construction of The Towers at Elizabeth Quay is expected to commence early next year and be completed by the beginning of 2019.

Green light given for development of The Towers at Elizabeth Quay