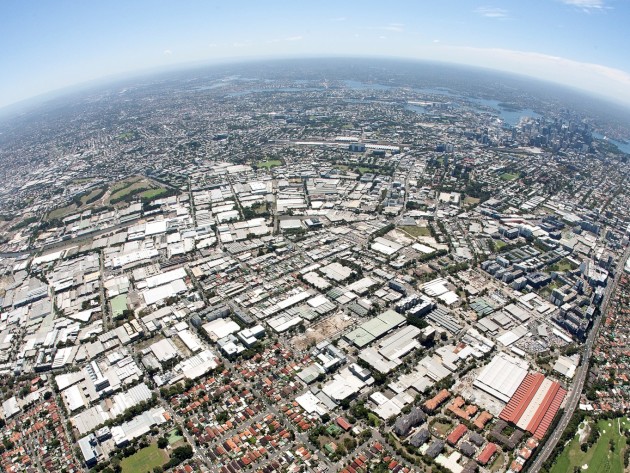 Booming residential developments at Green Square have the inner city urban renewal area on track to grow to more than six times the size of Barangaroo.

And the estimated number of residents who will live in Green Square by 2030 has also increased from 54,000 to 61,000. With a population density of 22,000 people per square kilometre, Green Square will be 50 per cent more densely settled than Pyrmont, currently Australia’s most densely settled area.

Lord Mayor Clover Moore said the City was investing more than $540 million on new facilities for the Green Square community.

“We are determined to do high density well, to make Green Square an exciting place for all members of the community,” the Lord Mayor said.

“It’s a process we’ve put into action at the City because we know places that are good for people to live are also good places to work and do business.”

“This new data on Green Square’s rapid evolution illustrates the community’s confidence in what is one of the biggest urban renewal projects in the country.”

Figures compiled by City of Sydney researchers estimate the investment in new apartments, shops and commercial developments in Green Square has grown to $13 billion, up from $8 billion at which the project was valued in 2009.

The total cost of building new roads, drains, utilities, community facilities and other infrastructure at Green Square has been calculated at $1.3 billion and is being paid by developers, the City of Sydney and the NSW and Federal governments. That figure does not include the cost of new schools, light rail or affordable housing.

The increased population comes mainly from the City of Sydney’s design excellence process, which gives developers 10 per cent bonus floor space on projects that meet strict standards, to improve design of buildings and public areas.

Spread over 278 hectares of former industrial land between the city and the airport, Green Square will eventually have 30,500 new dwellings, including 10,000 now under assessment or construction.

Jointly developed by the City of Sydney and the NSW Government, Green Square is forecast to provide 21,000 permanent jobs in commercial and retail areas, many of which will be in the new Green Square Town Centre now under construction.

The Lord Mayor said the figures highlighted the urgent need for new schools and transport to service the area.

“The NSW Government has still not allocated any funding or revealed where the local primary and high schools will be located for the tens of thousands of new residents in Green Square.”

“And with worsening traffic congestion there’s an urgent need for mass transit, which is why I am pleased the Transport Minister has recognised that a light rail line is needed to accommodate the massive growth in Green Square.”

“The City’s already invested $40 million to secure most of a transport corridor and we are now working with Transport NSW to assess funding models, look at route options and undertake other work required to progress the development of a new network.”

“People know Barangaroo is big because they can see the size of the buildings taking shape there on the harbour, but there’s less understanding of Green Square. I’m sure people will be surprised to hear Green Square will have six times more floor space than Barangaroo.”

“Developers know many people want to live and work in such a great location and they can see the great public facilities we are providing including the library, aquatic centre, the parks and the community and creative facilities.”

“We are doing everything we can to ensure Green Square is a great place to live for our existing residents and the new people moving in.”