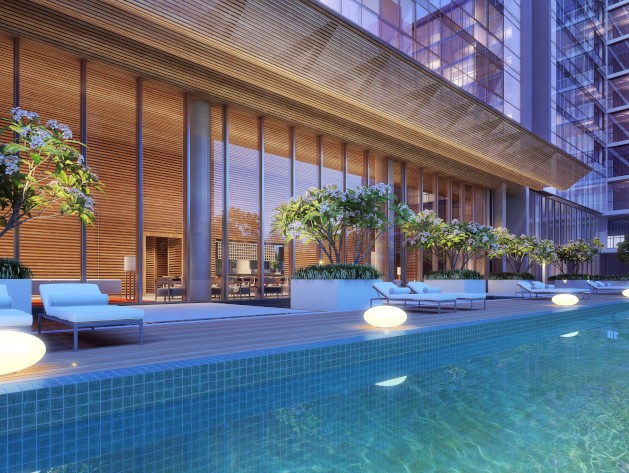 Powered by surging demand, V by Crown Group’s final apartments will hit the market ahead of schedule. Hopeful buyers will get a last bite at the apple at a one-day property launch in Parramatta.

Savvy buyers are expected to swoop when Crown Group releases the final stage of its popular Parramatta development, V by Crown Group, on Saturday November 21.

The final apartment release will include studio, one-bedroom, one-bedroom-and-study and three-bedroom apartments; priced from $499,000.

Crown Group Project and Commercial Sales Director Anthony Falas said the early release of the V by Crown Group’s final apartments was prompted by an overwhelming demand for affordable luxury apartments in Parramatta.

“We fast-tracked this release to cater to surging demand in apartments at V by Crown Group.

Demand from buyers has reached a tipping point; with first home buyers at the forefront,” Mr Falas said.

“V by Crown Group’s final release includes some of the most affordably priced apartments in the project, with studio apartments starting from $499,000,” he said.

Offering residents a pocket of calm and spectacular views, V by Crown Group will feature a landscaped communal garden on level 19.

Mr Falas said V by Crown Group would be a vertical village of stylish urban homes; well-suited to buyers ready to embrace the future.

“V by Crown Group’s affordability, coupled with its superb location and amenities, sets it apart from other ‘first homebuyer’ locations,” he added.

When complete, V by Crown Group will feature a stunning ground-floor retail precinct comprising a selection of modern shops and restaurants and a state-of-the art heritage showcase.

Already the nation’s fifth largest economy, Western Sydney is projected to account for 60 per cent of Sydney’s growth in the next 25 years.

V by Crown Group is located on the corner of Marsden and Macquarie streets; a short walk from Church Street Mall, Parramatta train station, Parramatta Heritage Parklands and Westfield.

The development is due for stage one completion in December 2016 and stage two in June 2017.