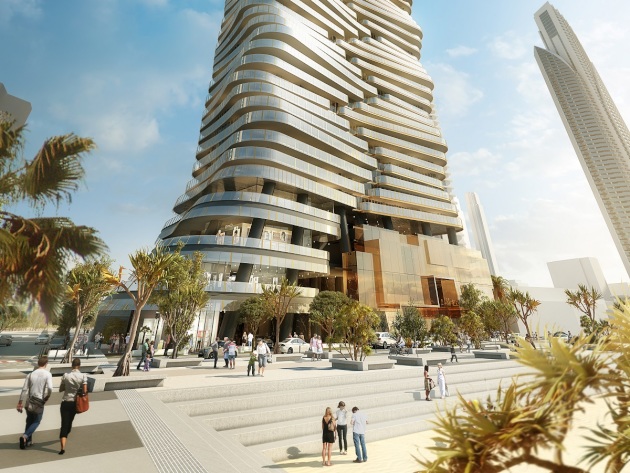 China-based conglomerate Forise Holdings has paid tribute to Gold Coast City Council and its Mayor and planning staff following the approval today of Forise's development application for a $1.2 billion beachfront super tower on the site of the former Iluka building in central Surfers Paradise.

Council's approval for the project, which will be the Gold Coast's tallest building, was today welcomed by Forise spokesman Tony Hickey as a fantastic outcome for Surfers Paradise and the entire Gold Coast City.

“This building will be the signature tower on the Gold Coast skyline, a genuine world tower for a world city," Mr Hickey, principal of Gold Coast law firm Hickey Lawyers, said.

"Forise is absolutely delighted to have this opportunity and on behalf of chairman Xin Wang, I would like to acknowledge the support of Mayor Tom Tate, Surfers Paradise Councillor Lex Bell, Council Planning Committee Chairman Cameron Caldwell, Director of Planning Dyan Currie and all her team for their professionalism and rigour in dealing with this application.

“As you would expect, a development of this magnitude raises a variety of complex challenges during the application process but we have worked through those with Council and achieved an outstanding set of outcomes for both the project and the city.

"This will be a major economic driver for the city that would not have been possible without the active advocacy of the Mayor who met with Forise a year ago in China and encouraged the group to invest on the Gold Coast.

“The efforts of Mayor Tate were the critical factor in getting this project moving - now we will proceed towards securing the necessary construction permits to allow work to start on site by March next year.”

Forise, one of China's largest diversified financial holding companies, contracted the 3494sqm site in January this year through its subsidiary Forise Investments Australia from an entity associated with a US investment bank. The purchase is due to settle in December.

The site, on the corner of The Esplanade and Trickett Street, formerly housed the 1970s Iluka high rise.

Forise lodged its development application for the as-yet-unnamed building in July.

Council's approval will see the delivery of an 88-level tower comprising 693 luxury world class apartments, three separate recreation deck levels and over three podiums the highest brand of shopping and restaurant experience that can be offered anywhere in the world, according to Forise.

In a letter to Mayor Tate in July, Mr Wang said: "My brief to the team has been quite simple - to create a world class and iconic tower which will not only add beauty to the impressive skyline of the Gold Coast but take its place as one of the most outstanding buildings on the skyline of the world."

The tower will be one of a handful of 5-star green star certified residential apartment buildings in Australia, as well as the largest, and will target world's best practice for environmental performance.

The building's occupied height from lowest to highest floor will total 285 metres, making it one of Australia's tallest residential buildings and eclipsing the Gold Coast's current tallest tower, Q1, which has an occupied height of 235 metres.

Forise says in order to create what will be its global flagship building and capture the attention of a global audience, it will spend more than $2 million on public art by internationally renowned US artist Ed Carpenter and fit the building with external LED lighting, never before seen in Australia, that will create an illusion of light falling like rain down the building facade. Other features will include a 5-star concierge service for residents, including valet parking.

Mr Hickey says high end retail tenants such as Louis Vuitton, Hermes and Prada will be targeted for the luxury retail precinct, together with a variety of fine dining and Michelin-starred restaurants to generate significant international exposure and appeal.

The tower will take four years to build, generating direct and indirect economic benefits to the city totalling more than $2 billion.

"Forise is committed to supporting local employment and economic growth and has already engaged the best consultants on the Gold Coast. Throughout the development of this project Forise will continue to employ local consultants and Australian building groups," Mr Hickey said.

The project will create an average of 830 equivalent full time (EFT) jobs per year over four years and more than 230 per year over six years in the development services area.

According to an economic analysis by consultants Macroplan Dimasi, the project has the potential to generate up to $70 million in visitor expenditure per year, based on an estimated annual 280,000 visitor nights in short stay accommodation. 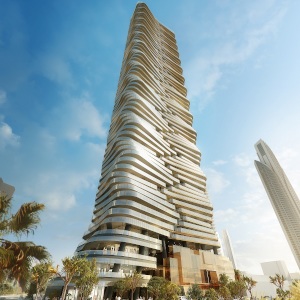