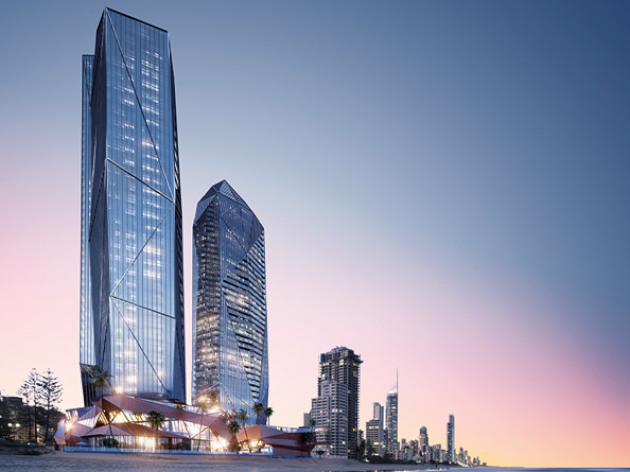 The highly anticipated market debut of the landmark Jewel project at Surfers Paradise has resulted in 38 sales of luxury apartments worth a total of $55 million in the first week.

Pre-launch sales began on September 19 for buyers who had expressed an interest in securing a piece of prime beachfront living on the world-famous Surfers Paradise strip. Further sales are expected in coming days.

Sales in the first week ranged across the entire offering of Jewel apartments, from the $675,000 mark for a one bedroom plus multi-purpose room, through to $5 million for a high-floor, three-bedroom luxury home.

Jewel Director of Sales and Marketing Andrew Bampton said interest in the project had come from around Australia, and also from international buyers keen to enjoy the Gold Coast lifestyle.

“What almost all of the early purchasers had in common was a strong connection with the Gold Coast,” Mr Bampton said.

“That shows us that Jewel buyers are attracted in the first instance by the Gold Coast’s natural beauty and spectacular scenery, which then motivates their decision to secure a lifestyle for themselves and to create a legacy for future generations of their families.”

The launch of sales sends a clear signal to the market that the Jewel project is proceeding on schedule. As an equity-led development, construction has been underway since early this year without the need for a pre-sales quota. Completion is targeted for 2018.

Remaining apartments in the first release of the $970 million, three-tower Jewel development will be made available to the public from October 10, with the initial strong demand expected to continue.

“This is without doubt the most exciting real estate opportunity on the Australian market in many years,” Mr Bampton said.

“Jewel is the Gold Coast’s first absolute beachfront development in 30 years, making our residences the first in a generation to enjoy unfettered beach access. Combined with Jewel’s flawless luxury interiors, we are able to offer astute buyers something completely different from anywhere else in the world.

“And most importantly, prices in Jewel start from $675,000, giving the same access to luxury beachfront living.

“Once this first release is sold out, potential buyers will have to wait until well in 2016 for another opportunity to call Jewel ‘home’.”

Jewel is the Wanda Group’s first “out of the ground” development outside China, and is being heavily promoted throughout Wanda’s global networks.

The company last week took the unique step of opening a dedicated sales centre in Sydney, at its Goldfields House site.

“It’s highly unusual to fit out a dedicated sales office in another capital city, but we have said from the start that Jewel will be a landmark project for the entire Australian market, not just the Gold Coast.

“Its location, architecture and luxury appointments will set a new benchmark for developments across Australia, and it is fitting that we bring this offering to Australia’s largest city.” 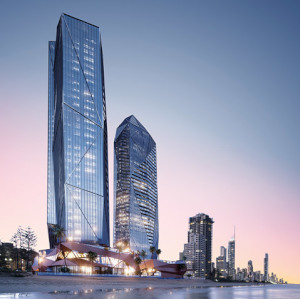