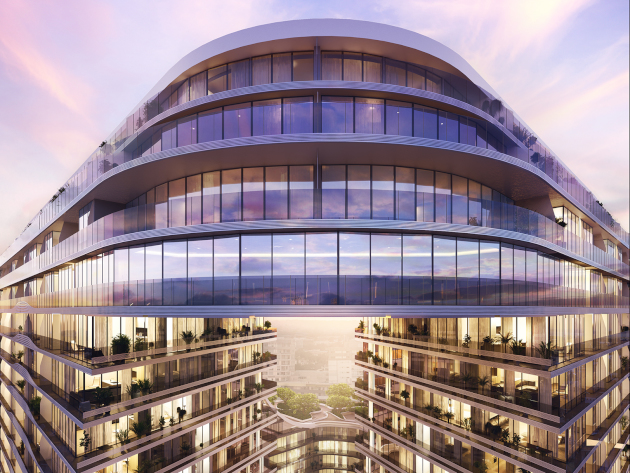 A Sydney property developer has smashed company sales records as hundreds of buyers rush to secure apartments at its Green Square project.

Australian property developer Crown Group on Saturday sold more than $380 million worth of apartments at the launch of its highly-anticipated residential development to be built in the heart of the Green Square Town Centre; Infinity by Crown Group.

Buyers flocked to the company’s Market Street head office from 8am snapping up $100 million worth of apartments in the first hour.

By close of business only two apartments remained and sales had reached $380 million.

Crown Group made the decision to release the building’s entire 326 apartments after the company received an unexpected number of enquiries.

The result broke the company’s previous sales record of $173 million in four hours at the launch of Sydney by Crown last year.

More than 70 per cent of apartments at Infinity by Crown Group were sold to Australian residents and citizens.

“This is evidence of the strong demand for high-quality apartments in the right location; and a testament to Crown Group’s reputation for delivering iconic buildings in Sydney,” Mr. Sunito said.

“The combination of Infinity by Crown Group’s award-winning architectural design and its unique location represents a once in a lifetime opportunity.
“This building has captured the imagination of Sydney and global investors alike,” he said.

“After years of planning and hard work it was immensely satisfying to see so many happy buyers leave here on Saturday; proud to own their own piece of Infinity by Crown Group,” Mr Sunito added.

Residents’ amenities include a fully-equipped gym, a music room complete with baby-grand piano, a media theatre and a sky lounge with stunning Sydney CBD views.

In addition to its residential apartments, the $575-million mixed-use development will also be home to 75 luxury serviced apartments. All apartments will be fitted with world-renowned Miele appliances.

Crown Group Director of Sales and Marketing Roy Marcellus said buyers on Saturday were a mix of investors and owner occupiers.

In July, the building’s design was unveiled to an audience of more than 1500 guests at a Sydney red carpet event.

“After months of waiting it was great to see so many buyers finally secure an apartment on Saturday.

Unfortunately hundreds missed out and many of them have already indicated they will submit an expression of interest as soon as they can for our next project,” Mr. Marcellus said.

Crown Group plans to begin accepting expressions of interest for its next residential development later this year.

Renowned for its unique understanding of the luxury lifestyle market, Crown Group will launch a collection of luxury hotel-style serviced apartments from 2016.

Construction of Infinity by Crown Group at 301-303 Botany Road will be completed in 2019. 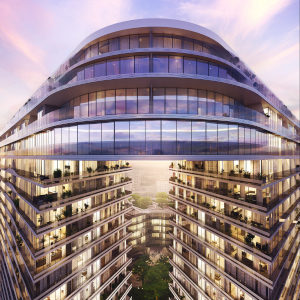