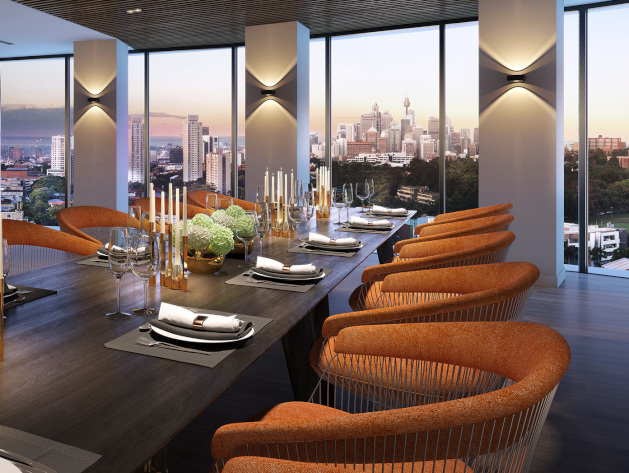 Eye-catching new images of a unique Green Square development have been released ahead of sales launch.

Set to be launched for sale next Saturday, Crown Group's award-winning $575-million 401-apartment Infinity by Crown Group has attracted thousands of enquiries from across the globe since it was announced earlier this year.

More than 1500 guests attended a red carpet unveiling of the building’s concept design held in Sydney in July.

Crown Group CEO Iwan Sunito said the exceptional location of Infinity by Crown Group warranted an entirely unique design; with cutting-edge facilities to cater for residents for decades to come.

“This gateway site in Sydney’s new Green Square precinct demanded something completely new, something which has never been built before,” he added.

The mixed-use development is described by City of Sydney Lord Mayor Clover Moore as an exciting addition to $8 billion Green Square development precinct.

Infinity by Crown Group will also be home collection of luxury serviced apartments.

“The interest in Infinity by Crown Group is phenomenal. We anticipate a successful sales launch on August
29,” he said.

Crown Group achieved an impressive $173 million in sales within four hours at the launch of Sydney by Crown in November, after reaching its $100 million sales target within two hours.

A full-sized one-bedroom suite and a complete penthouse kitchen and bathroom with additional penthouse finishes such as luxury leather walls are on display alongside a scale model of the building.

All apartments will be fitted with world-renowned Miele appliances.

Construction of Infinity by Crown Group will be completed in 2019. 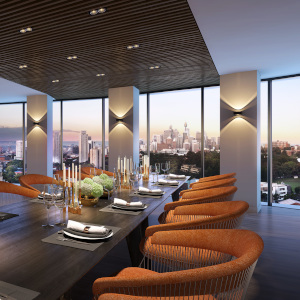