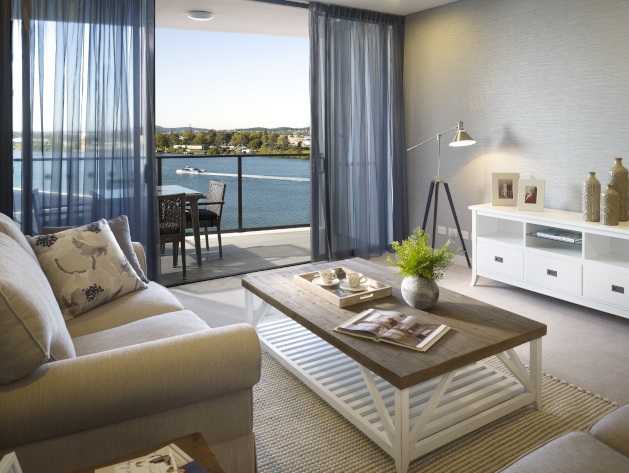 Buyers have a renewed thirst for Brisbane riverfront property, with 12 absolute waterfront apartments in the Pinnacle development at Portside Wharf selling for a combined $10.26 million in the first two weeks of July.

The buyers were a combination of owner occupiers and investors, with the majority from the local area looking to upgrade to a brand new riverfront address in the blue chip suburb of Hamilton with Portside Wharf's host of shopping, dining and lifestyle amenities at the doorstep.

"Pinnacle has recently opened five new display apartments - one River Terrace and four, two bedroom apartments - which have created a lot of interest and contributed to the spate of sales we have had recently," he said.

"The displays are located on varying levels to showcase the different vistas and give prospective purchasers a feel for what it would be like to call Pinnacle home.

"There is also a sense of urgency because people can see that opportunities to purchase a brand new, built apartment at Portside Wharf are limited."

Pinnacle commands a prime riverfront location and boasts a great mix of floor plans with something to suit every buyer and budget.

The building has a rooftop, infinity-edged lap pool that is surrounded by a large timber deck with ample space for relaxation and lounging, and a barbeque area with a generous roof overhang to provide shade.

Mr Butterworth said Pinnacle's lower levels connected seamlessly with the retail precinct, the wharf and the river, but the building's rooftop was designed as a private sanctuary above it all for residents.

"The rooftop has been reserved for more private activities such as the pool and gymnasium, with spectacular views back over the city and to the northern suburbs," he said.

"This area has become a social hub for residents who take advantage of the space for regular catch-ups, creating a real sense of companionship and community."

Pinnacle at Portside Wharf is comprises 162 one, two and three bedroom apartments, two-storey River Terraces and penthouses, many with captivating views of the Brisbane River and city skyline.

Located on the Brisbane River, just six kilometres from the CBD, Portside Wharf is home to six residential buildings and 40 retailers including fine dining, cafes, casual cafes and eateries, boutique shopping, health and beauty, an IGA supermarket and Dendy Cinema.

Mr Butterworth said Portside Wharf was ideally located in the blue chip suburb of Hamilton and was the beating heart of Brisbane's Inner North.

"Portside Wharf is the key development in the Northshore Hamilton urban renewal project - the largest of its kind currently being undertaken in Brisbane and one of the largest in Australia," he said.

"The mixed-use community sits between significant economic areas with easy access to the domestic and international airports and Gateway Motorway.

"The precinct is well connected to the rest of the city via public transport, including the CityCat, and major roads such as Kingsford Smith Drive which is set to receive a $650 million upgrade, turning it into a six lane boulevard.

"This huge investment by the Queensland Government demonstrates its commitment to the ongoing development of Northshore Hamilton and ensures the continued success of Portside Wharf as a residential and retail mecca." 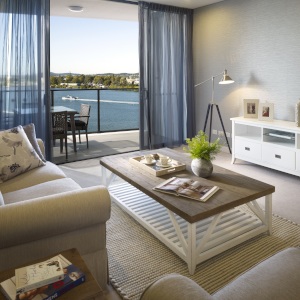