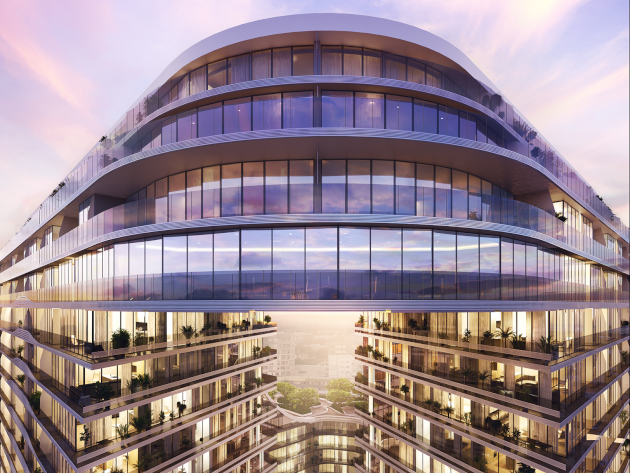 An Australian property developer has broken with tradition in a revolutionary new apartment building set to become a landmark at Sydney’s Green Square.

The innovative design for the $575-million Infinity by Crown Group soon to be built at the Green Square Town Centre was revealed during a star-studded event at Sydney’s Carriageworks last night.

“This gateway site in Sydney’s new Green Square precinct demanded something completely new, something which has never been built before,” Mr Sunito added.

More than 500 official expressions of interest and thousands of enquiries have been received for Infinity by Crown Group.

“Buildings have the power to move people; to inspire people and to affect their surroundings for many decades,” Mr Sunito added.

“We hope Infinity by Crown Group will be a leading light in Sydney’s changing cityscape."

City of Sydney Lord Mayor Clover Moore said the unveiling of Infinity by Crown Group was a step forward in the continued evolution of the city’s Green Square precinct.

Infinity by Crown Group is located less than six kilometres from Sydney’s CBD on the corner of Bourke Street and Botany Road close to Green Square train station, within the City of Sydney’s $8 billion Green Square Urban Renewal area.

“The $8 billion Green Square development is one of the biggest and most significant development sites in Australia. The City is investing $440 million to make it one of the most desirable places to live, work and invest.

“We’re pursuing design excellence for our own facilities including a new library and plaza and an aquatic centre and it’s terrific to see private developers follow our lead. Infinity by Crown Group is an innovative design and an exciting addition to the area,” Cr Moore said.

Perhaps its most striking features, the building’s unique looped shape along with a void in its north-facing façade will allow natural light to penetrate a central landscaped plaza and apartment balconies, which may have otherwise been shaded.

A tiered apartment structure on the development’s south side – complete with cascading external gardens – will provide year-round daylight to south-facing apartments; while a northern-side lounge and function room, The Sky Lounge, will capture northern views and light from the north.

A large scale building model along with a full collection of artist impressions and video were revealed at the event.

Guests were the first to enjoy the new ultra-smooth Jack Daniel’s No.27 Gold whiskey which is matured in golden-hued maple barrels and twice charcoal mellowed, imparting it with hints of maple and a smooth finish.

A delicious Vanilla & Blood Orange Sour cocktail made with Jack Daniel’s No.27 was served with handcrafted chocolates and cakes.

Construction of Infinity by Crown Group will be completed in 2019.

Apartment sales will begin on August 29. 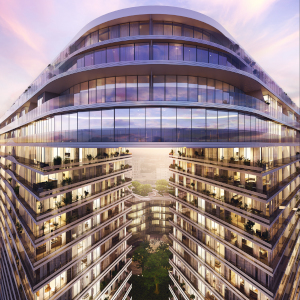