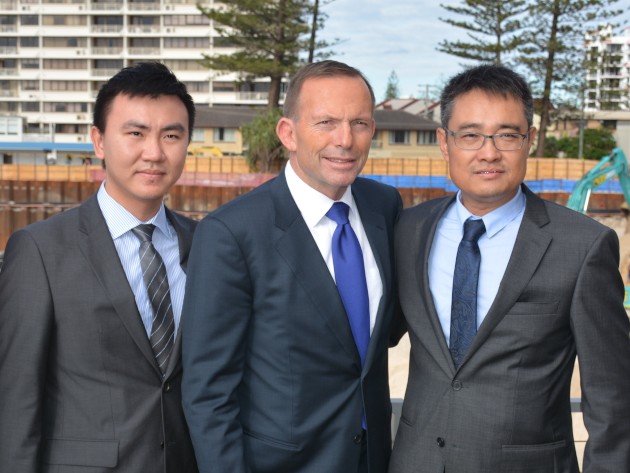 Wanda Ridong Managing Director, Mr Weimin Xu, said the Prime Minister’s visit was an indication of the significance of the Jewel project to the Queensland and Australian economies.

“We’ve said from the start that Jewel is a $1 billion vote of confidence in the Gold Coast, Queensland and Australian economies,” Mr Xu said.

“We were honoured to have the Australian Prime Minister come to our site and gain an insight into how the project will take shape over the next three years.

“Today’s visit underlines the Australian Government’s commitment to fostering stronger economic ties between Australian and China, and we look forward to an ongoing positive relationship.”

When completed in the first half of 2018, Jewel will be Australia’s largest beachfront hotel and residential complex, backed by a lifetime commitment from the world’s largest commercial real estate company.

Jewel will be the Gold Coast’s first absolute beachfront location in 30 years. Its unique, crystal inspired towers will make it instantly recognisable and highly prized by investors and residents alike.

Unparalleled design, amenities and service will combine to crease flawless luxury living, where residents can step out in style, directly on to one of the world’s most famouse beaches.

Earlier investors in Jewel will create a lasting legacy for themselves and for many generations of their families.