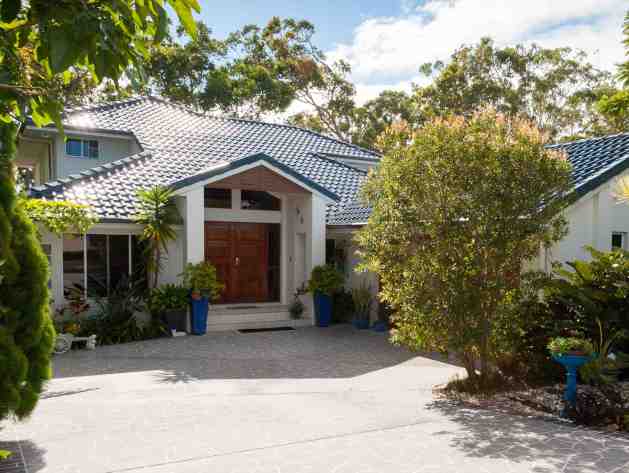 South of Noosa National Park and inland from Peregian Beach, the Peregian Springs development started in 1996. By 2004, it was a rapidly growing suburb, popular with those from all lifestyles because of its outstanding facilities.

Century 21 Conolly Hay Group’s Gavin Ryan says the owners of 18 Lakeside Drive purchased their 714sqm block in 2002, and they were among the very first to move into the area.

“Today, the home still occupies one of the best, north-facing golf frontage allotments available within the estate,” he says.
Offering grand size and design, this double storey, home overlooks the 11th fairway, yet maintains privacy, and features a quality construction, including rendered brick.

Gavin says it is the large size of this property, which has urged the retired owners to move.

“The family has grown and moved on and the owners will downsize to the new Peregian Breeze development,” he says.

“They would love to see a new family move in and enjoy it as much as they have.”

Entry to the home is via twin timber doors, with aperture windows above providing natural light into a formal foyer.

Carpet and cut-out walls define the formal lounge, which has sliding door access to the covered entertaining terrace overlooking the saltwater pool. While tiles feature in the open plan living zone, which has dining, terrace access and well-equipped kitchen.

An alternate master suite is on this floor, with a walk-in robe, ensuite and access to the covered entertaining area. A separate wing houses another two generously sized bedrooms, with mirrored robes; bathroom with single spa; separate toilet and the laundry.

Upstairs, a sprawling master retreat features a coffered ceiling. Parents can indulge in their own separate lounge, while the bedroom has a walk-in robe; ensuite bathroom with separate powder room and a private covered balcony completes the space.

This property benefits from the estates first class facilities; including parks, golf course and more within walking distance.

Peregian original up for sale 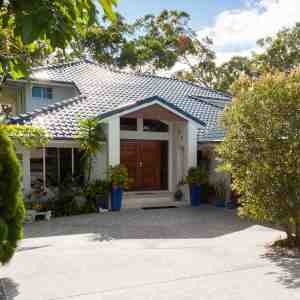