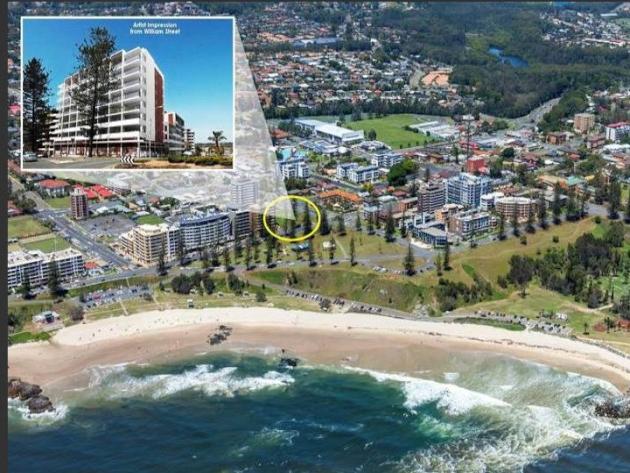 The 2,523sqm corner site, located at 50 – 52 William Street, offers a desirable north facing aspect with permanent unrestricted beach views. The site boasts a prime location in the heart of Australia’s holiday coast, midway between Sydney and Brisbane, which is underpinned by public transportation amenities and major roads.

The property has approval for immediate development, comprising of both medium and high density residential, with a permissible gross floor area of approximately 5,991sqm. The elevated corner position allows for a residential four to eight storey high-rise overlooking Town Beach. The proposed 78 unit development for the site comprises of a mixture of one, two and three bedroom apartments, 108 basement parking bays, a hotel-style lobby and two alfresco restaurants at street level.

Xavier Rahme and Anthony Bray of CBRE will be negotiating the sale via an Expressions of Interest campaign closing 23 June at 3pm.

Mr Rahme said, the Town Beach site represents the last remaining beachfront development opportunity in Port Macquarie and will prove to be a significant contribution to the future growth of Port Macquarie.

“The site is arguably one of the best positioned residential development opportunities on the mid north coast, situated in the heart of one of Australia’s most favourable tourist destinations, which should contribute to an incredibly competitive sales campaign.”

“Potential to stage the development, the growth of the Port Macquarie region over recent years, and the option to sell off the plan prior to construction, further increases the investment prospects of this site,” Mr Rahme said.

“With significant uplift in the residential housing market, this beachfront development is the last piece of the jigsaw puzzle along Port Macquarie’s premium beach front location,” Mr Bray added. 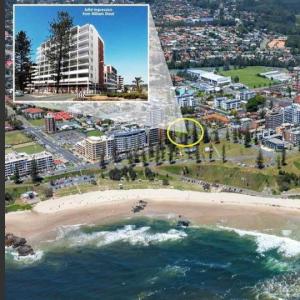