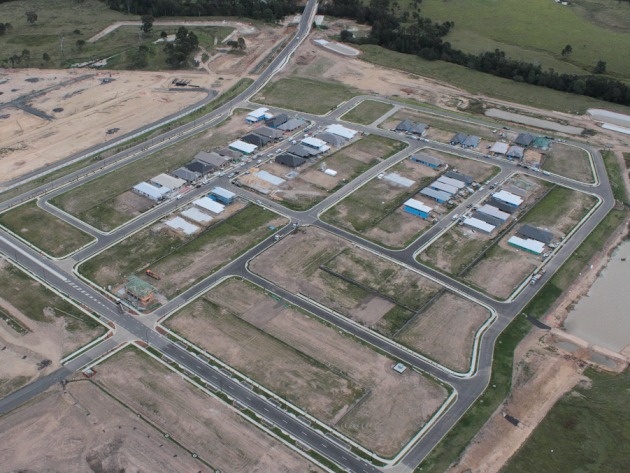 It’s been an impressive first year for Providence with 290 lots sold, more than 10 new construction jobs created each month, and $22.8 million of catalyst and civil works expenditure, further boosting development in the Western Corridor.

Providence Project Director Michael Khan said sales rates had exceeded expectations and construction had been pulled 6 months ahead of schedule.

“With $7.4 million to be invested in community infrastructure projects and $5 million in regional trunk infrastructure in the next 12 months, Providence is developing at a rapid rate, but the bulk of construction has been focused on community benefit so far,” Mr Khan said.

“Providence is fast becoming Ripley’s centre piece and the place where people want to live due to its location, attractive lifestyle and competitive prices.

“We have had a busy first year and this is set to continue with the display village opening in August. Buyers will have the opportunity to explore 24 quality display homes, showcasing the latest trends and innovations in modern living, and get a feel for living in Providence.

“Currently we have more than 50 homes under construction and construction is about to start on community facilities including the Providence Centre, Café and Splash n Play water park.

“With demand as strong as we have experienced over the last 12 months, we have brought forward stages 7, 8 and 9 which will be progressively released from July,” he said.

Brinton Keath said feedback over the past 12 months has been nothing short of fantastic, with buyers expressing their strong desire to live in Providence due to the facilities on offer, size and positions of lots, as well as the opportunity to own a brand new home at a reasonable price.

“Our buyers recognise the value of living in Providence, its proximity to Brisbane and Ipswich, its picturesque location, amenities, community facilities and emphasis on outdoor living,” Mr Keith said.

“When complete, Providence will be home to 20,000 residents, have its own schools, town centre, sporting fields and parks,” he said.

The next 12 months will see completion of the Display Village, Splash n Play, District Park, the Providence Neighbourhood Centre and Café, landscaping, roads, bicycle paths and up to 250 new homes.

Over the next 20 years Providence will be constructed across 670 hectares, approximately three times the size of Brisbane’s CBD land mass and will be the largest single development in the Ripley Valley.

Providence is being developed by Amex Corporation, an Australian family-owned residential development company that has been operating in Queensland for 28 years, and has delivered 14 communities across Australia. 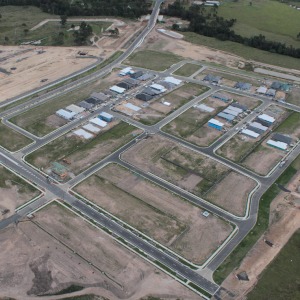