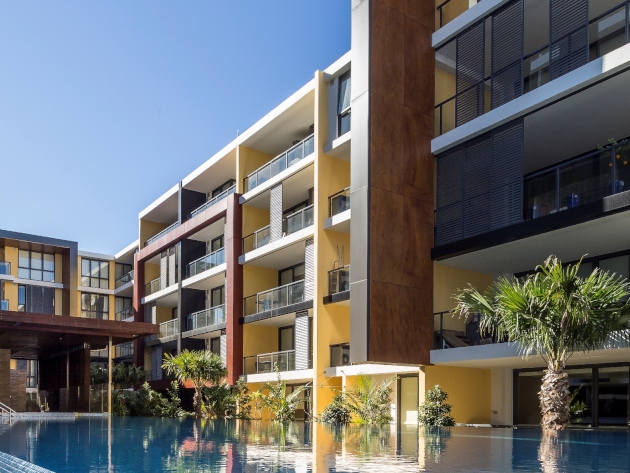 A Sydney-based property developer has collected a presitgious industry accolade for the nation’s best outdoor project.

Crown Group Project and Commercial Sales Director Roy Marcellus said to have the recently completed project selected as the Best Outdoor Project in Australia was a prestigious honour for Crown Group.

“The development’s stunning landscaped areas and resort-style amenities allow residents to take in the outdoors, relax, exercise or simply watch the world go by.

“From the sun-drenched viewing platforms with Harbour Bridge views to the infinity pool or the mature tropical gardens, Top Ryde City Living has something for everyone,” he said.

Judged by industry professionals, the awards are a platform to showcase the talents of the nation’s top builders and designers.

Winners are selected from state-based finalists, with awards in 21 separate categories.

When awarding Top Ryde City Living the title, an HIA judge commented, “The project transports visitors from its busy city location to a peaceful Balinese-style resort.”

Construction of Top Ryde City Living was completed in 2014.

Hot on the heels of their success at Top Ryde, Crown Group is now developing a luxury tower in Sydney's second CBD Parramatta.

Many apartments will feature uninterrupted views of Parramatta’s skyline and parkland plus Sydney CBD views.

A selection of studio, one-bedroom and two-bedroom apartments at V by Crown are available from $542,000. 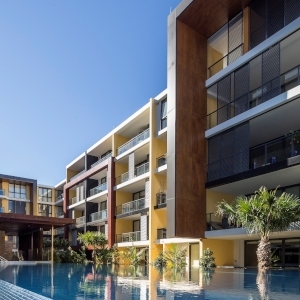