The New South Wales Government is talking up the development potential of an inner-Sydney site it is offering for sale.

Brett Newman, CEO of Government Property NSW, this week announced plans for the sale via tender of the former C R Kennedy site in Pyrmont.

The government is pitching the sale as an opportunity to create more inner-city housing, even though any redevelopment plans for the site would be subject to council approval.

“The property is expected to attract significant interest for mixed-use redevelopment, which will provide additional, much-needed inner-city housing as Sydney continues to grow,” Mr Newman said.

The site has not seen any activity since it was purchased as part of the former Labor NSW government’s abandoned metro project.

Its proximity to the city and the attractions in and around Pyrmont are expected to cause a flurry of interest.

The site at 108 Miller Street has a total land area of 1,845 square metres, with additional frontage on Mount Street.

Savills is managing the sales process on behalf of the NSW Government, with tender applications closing on 10 June 2015. 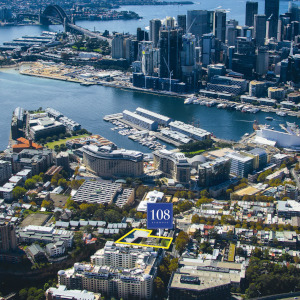