The developer of a mixed-property development in Brisbane’s Newstead is reporting that 85 per cent of stage one sales were secured ahead of  the project’s public launch last week.

The $195 million Newstead Series, which consists of four apartment blocks and “New York inspired”  town houses, has generated a high degree of buyer interest, according to developer JGL Properties.

John Livingstone, director of JGL Properties, said much of this buyer interest was coming from potential owner-occupiers attracted by the space offered by the Newstead Series.

“Buyers are impressed by Newstead Series’ unprecedented half-acre of outdoor living space and gardens and the sense of community that comes from a boutique development,” Mr Livingstone said.

“The outdoor amenities are proving popular, as are the generous-sized town homes with over 230 square metres of premium space.”

Newstead borders the Brisbane River three kilometres north of the CBD and has been an area of significant development and urban renewal in recent years.

According to a press release issued by JGL Properties, the development is set around half an acre of subtropical landscaped gardens and amenities including a 25 metre pool, spa, sauna, alfresco dining areas, fire pit, outdoor cinema and open lawns.

The town houses are described as having direct street access, parquetry floors and luxurious features.

One of the town houses was reportedly sold for $1.665 million by local agent Jennifer Lockley from Teneriffe Realty.

JGL Properties, which is working alongside capital partner Thakral Capital on the project, expects constructions to commence in the last quarter of 2015.

Brisbane development almost sold out ahead of public launch 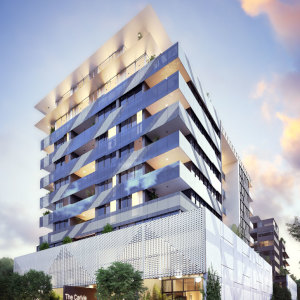