Buyers wanting to secure an apartment in the South Yarra building were able to do so from 10am on 10 April.

LK Property Group chief executive Larry Kestelman explained that the online system was chosen because of the large number of expressions of interest.

“Since opening for registration in February, we have received more than 4,000 registrations of interest for just 450 available properties, demonstrating the level of excitement about having a six-star, international quality luxury development available in Melbourne,” he said.

Capitol Grand has been pitched as a luxury development, with the developer keen to highlight the inclusion of a resident’s concierge service and enlisting model Charlize Theron as a brand ambassador.

It’s not the first time an online pre-purchase deposit scheme has been offered for an Australian apartment development – Crown’s Barangaroo development has operated a similar system. 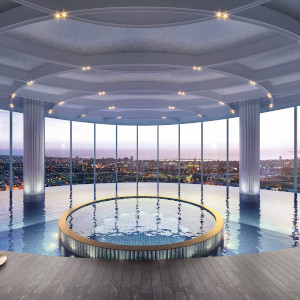