There’s a hubbub around the country as real estate commentators are looking west, with market fundamentals pointing to Perth as the place to invest.

But it’s not only investors eyeing off our market. The changing face of Perth as a vibrant, liveable – and now, affordable – city has resulted in a greater rate of population growth than any other capital city over the past 10 years.

Perth residents don’t have to be told what’s so great about the place. Our Mediterranean climate boasts 12 months of sunshine and mild winters, and the city has been ranked in the world’s top 10 most liveable cities every year for the past decade.

Western Australia accounts for 47% of the total value of Australia’s exports, and the local economy has been the strongest performing in the nation for the past 10 years, while employment growth is strong and consistent.

But what is causing the latest flurry of interest is how Perth compares to investment alternatives in the eastern states, particularly in the rapidly growing apartment market.

There is a staggering contrast between median property prices in Perth and current hotspot Sydney – not far off half a million dollars difference.  Many investors have been priced out of the eastern states market, and they know that it’s only a matter of time before similar growth will eventuate across the Nullarbor.

Paul Blackburne, Founder and Managing Director of property group Blackburne, says that Perth’s affordability is underpinned by a change of priorities in its local population.

“While we once wanted conventional homes on large suburban blocks, we’re now looking to lead more economical lifestyles closer to the city,” said Paul. “This has led to a growing demand in apartment living, as the city invests in infill development to combat congestion and avoid urban sprawl.”

Blackburne has leased over 100 properties in the past two months, largely new, well designed apartments in great locations within easy commuting distance of the CBD.

“These apartment offerings are drawing tenants away from older housing stock, while also being a great choice for investors due to this very same tenant appeal,” said Paul.

Major infrastructure upgrades are facilitating Perth’s rebirth, with the Western Australian State Government having invested $17 billion in projects either recently completed or under construction.

Flagship projects include the Perth City Link, linking the vibrancy of Northbridge with the CBD, by way of a development of new apartments, retail space and office accommodation, and Elizabeth Quay, linking Perth’s beautiful Swan River with the CBD and offering apartments, hotels, office and retail space.

Facilitating Perth’s flourishing arts, culture and sporting scene, the government has invested in two major entertainment venues – Perth Arena, completed in 2012 and ranked seventh in the world for venue revenue for its size category, and the under-construction Perth Stadium, a 60,000 capacity sporting and entertainment venue which will take centre stage in the Burswood Peninsula redevelopment.

Paul Blackburne says that the combination of unprecedented government infrastructure investment, sustained and continuing population growth, and a structural and demographic shift towards higher density, firmly points to a massive opportunity in Perth apartments.

“As well as a desire to combat urban sprawl and reduce reliance on transportation, Perth’s population demographics also confirm a major shift in apartment demand,” said Paul. “We’re seeing Generation Y – constituting 24% of Perth’s population – placing a priority on lifestyle in their housing choices, opting for apartment living close to bars, restaurants and thriving shopping precincts close to the city.”

“Similarly, our baby boomers – 23% of the population – are reaching retirement, and are increasingly considering apartment living in well-designed, larger apartments offering a true low-maintenance lifestyle.”

Paul noted that immigration is also playing a major role in how Perth residents choose to live, with overseas migration accounting for 59% of the State’s population growth for the past five years.

“Around 60% of immigrants to Western Australia are aged between 20 and 34 years,” said Paul. “These young migrants are often coming from countries with much higher development densities and are looking for a vibrant, inner city lifestyle.”

The message is clear – Perth is affordable compared to its interstate counterparts, it offers a great lifestyle, and there are a range of buyers and tenants of all ages whose lifestyle preferences are increasingly pointing towards apartment living.

“And for investors, it’s not just about affordability,” said Paul. “Perth properties are typically offering substantially superior rental yields to both Sydney and Melbourne, having outstripped their monthly rental yield performance continually since 2009.”

Blackburne has cemented its reputation as a leader in medium to high density property development in Perth’s inner suburbs, developing and managing some of Perth’s most sought-after apartment buildings.

Paul Blackburne explains that Blackburne works in partnership with some of Western Australia’s leading architects and builders to provide medium to high density living solutions that are different to typical apartments.

“We provide environments in which people really want to live,” said Paul. “Not only are we riding the wave of an increase in apartment demand, we believe we’re providing the very best of what Perth has to offer in this exciting time of lifestyle change.”

For those wanting to find out more about the investment opportunities Perth has to offer, Blackburne will be in Sydney from 6-20 November at Office 2327 – Level 23, 52 Martin Place, Sydney providing one-on-one consultations and free information sessions. For more information, visit buyinperth.com or call 1300 INVEST.

Since establishment in 2003, Paul has played an active part in the business to ensure its success.

In recent years, Paul has stepped into a more strategic role with a CEO appointed to run the daily operations of Blackburne. As a leading industry figure Paul regularly features in the Australian media and is frequently asked to present at property industry events and conferences.

Paul remains active in the Blackburne business and works closely with the CEO and Management Team to assist with Blackburne’s continued growth. During Paul’s time in the industry, he has received a number of accolades including 2005 WA Business 40under40 Finalist and the 2014 Ernst & Young Entrepreneur of the Year Finalist.

Paul has received a number of awards with REIWA being 2006, 2008, 2010 and 2013 REIWA Grand Master Award and the Top Sales Office in 2012 and 2013. Blackburne’s most recent accolade includes 3rd in the 2014 BRW Fast 100 Awards which recognises the fastest growing companies in Australia. Paul recently joined the Board of the Cambodian

Children’s Fund (CCF) and is the primary founder of the new Child Protection Unit (CPU) in Cambodia.

Investing in Perth – why all eyes are on the west 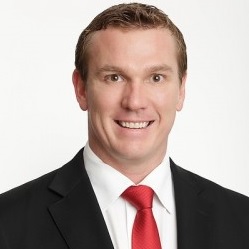