The 10 suburbs in one of Australia’s capital cities set to benefit from rapid growth in population and property prices have been uncovered in a new report.

A report released by Place Advisory found that Brisbane’s population has increased by more than 174,000 people over the past decade, which is an increase of about 1.6 per cent a year.

“Brisbane sits behind Melbourne and in front of Sydney in terms of population growth rate,” the report said.

“Brisbane, Sydney and Melbourne, the major cities of the Australian east coast, will all experience strong population growth into the future.

“The ABS has population growth predictions all the way to 2061. These show that Brisbane’s population will increase at a higher rate than Sydney and Melbourne, at 1.8 per cent per annum.”

The report revealed the top 10 inner-Brisbane suburbs for projected population growth over the 20 years from 2016 to 2036.

Located two kilometres south-east of the Brisbane CBD, Woolloongabba took out first place for projected growth based on a growth rate of 5.0 per cent.

South Brisbane came in second with a projected growth rate of 4.6 per cent, and Bowen Hills came in third with a rate of 4.2 per cent.

Bulimba, located four kilometres north-east of Brisbane’s CBD, scraped in at number 10 on the list based on a projected population growth rate of 1.1 per cent.

“From a high-level perspective, [population] is a key market driver. [However,] the relationship between population and property does have some nuances to it,” the report said.

“Factors such as shifting demographics, job market trends and dwelling type preferences are also quite important – and are undoubtedly drivers of population growth.

“Regardless, population growth and trends play a huge role in shaping the property market.” 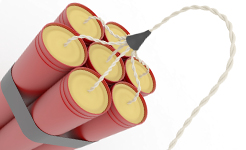