Investors seeking quick capital gains should look at two eastern seaboard suburbs poised for rapid growth in the next 12 months.

Stephen McGee, Queensland manager at National Property Buyers, a buyer’s agency that covers Australia, was asked where investors looking to double their deposit in 12 months should buy. He nominated the Brisbane suburb of Wynnum.

“Wynnum is Brisbane’s closest seaside area, enabling the professional CBD workers to commute to work and live by the waterfront and enjoy the lifestyle it bears,” Mr McGee said.

He believes Wynnum, 16 kilometres east of the Brisbane CBD, is set to pick up on the back of activity in neighbouring suburb Manly.

“Wynnum has long been labelled as its closest suburb’s poorer cousin. Whereas Manly has a magnificent drawcard and invaluable resource in its marina and harbour precinct, Wynnum has always been slower to perform and has hidden under the covers somewhat,” he said.

“With Wynnum also offering wonderful views of the water and bay and picturesque views of sunset, and with about eight kilometres of waterfront walking paths, it is fast becoming fashionable.”

Recent development approvals and a new development designation are set to see an increase in construction activity in the area, according to Mr McGee.

“Wynnum’s CBD is also about to commence on a massive transformation program that will certainly propel house prices upwards. Eight five-storey, mixed-use apartment buildings have recently been approved by council for development.

“The Brisbane City Council has earmarked Wynnum as a transit-oriented development node. So it all bodes well for future house prices increasing.”

Mr Bucello said the suburb, eight kilometres from the CBD, was blessed with myriad transport options.

Coburg is home to a variety of primary and secondary schools and an eclectic mix of housing stock, according to Mr Bucello.

The wide range of housing stock means different types of buyers turn to Coburg after being priced out of suburbs closer to the CBD, such as Brunswick, Mr Bucello said.

“We believe Coburg will continue to perform well due to its proximity to the CBD, freeways, shops, public transport, mix of housing and proposed infrastructure over coming years.” 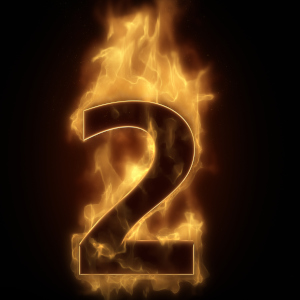