The highest-yielding suburbs in Australia have been identified, with all but one state and territory offering investors the chance for double-digit returns.

In Tasmania, four of the top 10 yielding suburbs offer double-digit gross returns. The coastal town of Bicheno recorded a gross rental yield of 20.49 per cent for houses, with a weekly median advertised rent of $1,172.50, making it the second-highest yielding suburb in the country.

While Bicheno was far ahead of the rest of Tasmania, its strong performance on the national stage is indicative of the overall gross rental yield trend in that state’s capital, Hobart.

The latest CoreLogic RP Data Hedonic Home Value Index, released on June 1, showed Hobart was only second to Darwin for gross rental yield for capital cities in the month of May, with a figure of 5.4 per cent for houses and 5.7 per cent for units.

The same report gave Darwin a gross rental yield of 5.6 per cent for houses and 5.7 per cent for units and pegged Sydney as the best-performing capital growth market in the country, with Hobart the worst.

Andrew Peck, director of Heron Todd White Hobart said the location of these suburbs, on the outskirts of Hobart, was largely responsible for their high yields.

“The areas, especially Gagebrook, have ‘high’ rents with low entry level pricing – being lower-socio-economic areas. These types of suburbs demand a higher yield as the opportunity for capital growth is typically reduced in the short term,” he explained.

In Hobart’s established middle suburbs, yields would “typically be about 6.5 per cent”, according to Mr Peck.

Mossy Point in New South Wales recorded a gross rental yield of 22.16 per cent for houses, making it the highest-yielding suburb in Australia.

The south coast town, which relies on tourism as an economic driver, had a weekly median advertised rental price of $1,300.

Sydney, however, failed to reach such lofty heights, with the most recent CoreLogic RP Data Hedonic Home Value Index report confirming that the city is not too far removed from Melbourne’s low yields.

The report placed the gross rental yield in Sydney for the month of May at 3.4 per cent for houses and 4.5 per cent for units.

By comparison, Melbourne, the lowest-yielding capital city in Australia, according to the report, has a gross rental yield of 3.2 per cent for houses and 4.3 per cent for units.

“If the current trend continues, it won’t be long before Sydney overtakes Melbourne as the lowest-yielding city. Sydney yields have slipped by 41 basis points over the past 12 months compared with Melbourne where the gross rental yield is 22 basis points lower,” CoreLogic RP Data's head of research, Tim Lawless, predicted.

Not one suburb in the NSW top 10 was from the Sydney area, with a majority instead located on the south and central coasts.

Elsewhere in the nation, the Australian Capital Territory had no areas offering double-digit returns. Scullin, the territory’s top-performing suburb had a gross rental yield of 8.3 per cent for units.

Of the 37 suburbs across the country offering double-digit rental returns, 14 are found in NSW. The data also reveals houses are yielding more strongly than units, with only six of the 37 suburbs on the list relating to units.

Listed below are the suburbs currently experiencing double-digit gross rental yields, according to CoreLogic RP Data.

Where to buy for double-digit yields 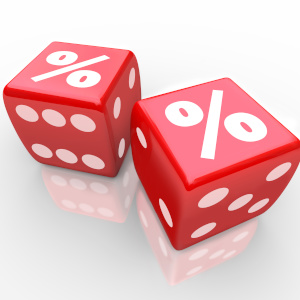