Suburbs in one capital city have dominated a list of top-growth performers, but a property mentor has advised investors to steer clear of those suburbs at the top of the list.

Ringwood North was the state’s best performing suburb, with units achieving a median 12-month growth figure of 42 per cent.

The best-performing suburb in the country was Jerilderie in regional New South Wales, with house prices recording a 50 per cent median growth figure – likely influenced by atypical sales activity in the area.

All but Tasmania and the Australian Capital Territory had a least one suburb with a 12-month median growth figure above 40 per cent.

William Lyall, a director at Ringwood-based Carter Real Estate, said his agency had noticed a significant increase in buyer interest in the greater Ringwood area over the past 12 months.

He cited the planned redevelopment of the Eastland Shopping Centre by developer QIC as a contributing factor behind the increased interest, particularly in Ringwood Central.

“There’s been a large rise in activity, and demand coming from buyers who are not only local,” he said.

Mr Lyall explained there had been a large number of overseas and local buyers looking to buy old houses on large blocks in close proximity to the Ringwood train station, with the intention of later redeveloping the sites into townhouses.

“Generally it’s a different buyer type; the Ringwood North buyer is more the family buyer. Ringwood North is just past [Ringwood Central], it’s only five minutes in a car and you’re at Ringwood train station from parts of Ringwood North,” he said.

“They’re buying the larger family homes, the four-bedroom, five-bedroom homes on anything from say 700 metres squared up to an acre. Those homes are attracting demand from predominantly owner occupiers,” he said.

But the strong performance of suburbs like Ringwood North should not sway investment decisions, according to Brendan Kelly, a director at RESULTS Mentoring.

“None of them, because all of them have already boomed,” Mr Kelly replied when asked which of them were worth investigating further.

“Your standard approach to riding a wave of growth or to getting growth is to get in before it booms not get in once it has boomed, and if it’s gone 42 per cent in the past 12 months… then it’s already too late,” he said, referring specifically to Ringwood North.

Buyers looking to capitalise on the so-called ‘ripple effect’ of high-performing suburbs should instead use median property price data to identify slow-moving suburbs in close proximity to the boom area.

“My encouragement to buyers would be to investigate those suburbs heading out and away from the city, and to have a look at their median price movements,” he advised, highlighting the fact that rising house prices were pushing buyers away from the inner city.

Using this methodology, investors wishing to cash in on the growth experienced by Ringwood North may be interested in Croydon North, Mr Kelly said.

Houses in Croydon North achieved a growth rate of 10.23 per cent and units 5.84 per cent over the same reporting period.

Public transport in Croydon North is limited, but Mr Kelly believes that increasing employment opportunities in the area and the established local retail precincts may counter this by limiting the need for an easy commute to the CBD.

“The transport links out there aren’t great…you would need a car to be out there [but[ the Maroondah Highway is fairly renowned for its shopping. There are shopping centres around, a couple of grammar schools out there,” Mr Kelly said. 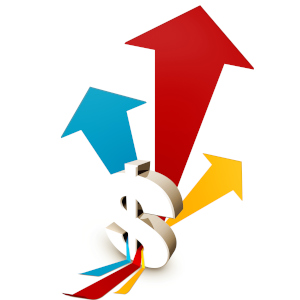