The country’s most in-demand suburbs have been uncovered, with one state accounting for five of the top 10.

realestate.com.au identified the 10 suburbs with the greatest number if people searching for property per listing. South Australia appears to be the state most favouring vendors, featuring five of the country's top 10 suburbs when it comes to buyer demand.

Parkside in Adelaide’s inner city took out first place for the third quarter in a row, while Norwood and Mitcham came in second and third.

Cynthia Sajkunovic from LJ Hooker Unley said demand for property in South Australia had steadily climbed over the past 10 years.

“We can see that the buyer market in South Australia is growing,” she said.

“Buyer confidence is up and interstate buyers in particular recognise that property in Adelaide is very affordable and offers fantastic value for money,” she said.

She warned prices could start climbing in the near future.

“It’s a great time for sellers – buyers should aim to get into the market quickly as the property prices will increase with rising demand,” she said.

Suburbs in New South Wales also showed strong buyer interest, with Freshwater, Thornleigh, Manly Vale and Cherrybrook all making it into the top 10.

Stafford Heights in Queensland rounded out the rankings in 10th place. 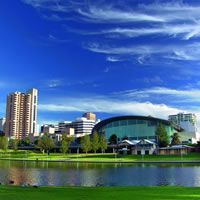