A town in Western Australia’s Pilbara is poised to deliver high returns off the back of a new LNG project, according to a major developer.

The state government recently concluded a land sale agreement with energy company Chevron Australia for a new housing estate in the town of Onslow.

Chevron is currently constructing a $29 billion LNG plant, known as the Wheatstone Project, around 12 kilometres from the town centre.

According to minister for regional development Terry Redman, the town’s population is expected to increase from 700 people to over 2,200 in the next three years.

Matt Pickford, the director of development company Megara, said the new project was likely to draw investors to the town.

“We believe this new contract between the state government and the compelling information contained within the Onslow Market Assessment Report will no doubt reignite investor interest in the resource-driven property market,” he said.

“With such large injections of capital and human resources into the township of Onslow, the demand on the local housing market is sure to be intense and extremely favourable for those considering investing in the resource property market and looking for high rental returns,” he said.

According to figures from Ray White Exmouth, rental returns in the town have already increased by 286 per cent since 2011.

RP Data figures show the town has seen median 12-month growth of 10 per cent. However, Onslow is a small market with only 18 sales in the month of March. 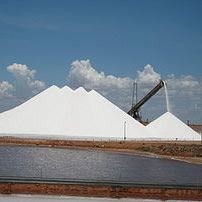