Despite sluggish conditions in the Perth market, one suburb has seen a surge in buyer interest.

Riverdale, west of the CBD, recorded the strongest sales results between September 3 and September 10 of any city suburb, with 16 properties sold in that period, according to the Real Estate Institute of Western Australia (REIWA).

Stewart Darby, REIWA executive manager of research, said the bump in sales was due to the high level of apartment construction in the area.

“Rivervale is probably the epicenter of apartment activity south of the river due to its close proximity to the city and high amenity,” Mr Darby said.

According to Mr Darby, there are currently five apartment complexes under construction in the “Springs area” which is bound by Graham Farmer Freeway, Great Eastern Highway and the Swan River.

However, although the apartment market is leaping ahead, Mr Darby said the housing sector continue to record impressive results.

“Rivervale’s housing market has performed quite strongly over the past five years, growing at 5.5 per cent per annum, compared with the overall market of 4.6 per annum,” he said.

According to latest figures from the REIWA, sales across the Perth market slumped last month, with a downturn of 25 per cent recorded in the three months to August.

Perth's top performer in the spotlight 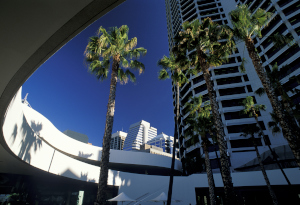 Perth's top performer in the spotlight