A flood of interest from investors is likely to boost prices in Western Australia’s third largest city.

Investor enquiries in the City of Mandurah have sky-rocketed in recent months, according to Peter Vetten from Raine&Horne Mandurah.

“First home buyers have dropped out of the market, and investors are picking up the slack,” he said.

In his view, buyers were attracted to the market’s strong rental returns.

“It's also a new wave of investors, who weren't around before the GFC hit, and they like the City of Mandurah for its affordability and good yields for residential investments,” he said.

Vacancy rates in the municipality are around one per cent, Raine&Horne reported.

On a typical three-bedroom, two-bathroom properties, investors could collect a rent of $320 per week and a rental yield in excess of five per cent, Mr Vetten said.

Mr Vetten predicted prices would receive a boost between now and Christmas due to the uptick in activity.

“Unlike in Sydney and Melbourne, the thought of commuting many kilometres to work has never been a popular option with Western Australian workers,” Mr Vetten said.

“However, more workers are happy to travel to the CBD but live in a fringe suburb such as Pinjarra, where it's a good deal cheaper to rent and buy.”

In the past 12 months, house prices in Mandurah have seen growth of eight per cent, RP Data reports. 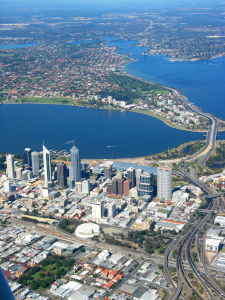